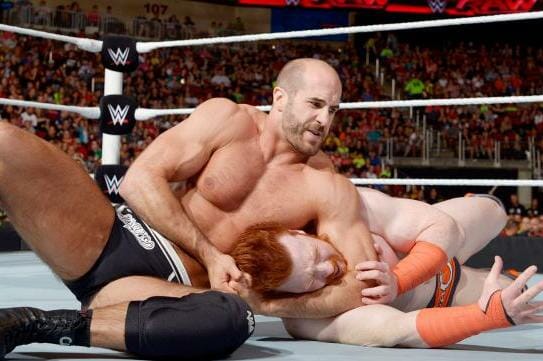 Everyone who has been watching WWE RAW for the past month knows, Cesaro and Sheamus have been duking it out in a best of seven series. The winner of the series, supposedly gets a WWE Universal Championship opportunity as well. The two have the final seventh match at this Sunday’s WWE Clash of Champions 2016. That being said, the concept that this rubber match is just another normal match is idiotic. Why go through all of this work and not have some sort of big blow off to prove once and for all who is the true winner? If this is just another regular match then I am already preparing for the worst. Either there’s a Dusty finish or perhaps no title shot. Thus, making all of this work meaningless. If WWE Creative is smart here are four Possible Match Stipulations that would actually make this last match better.

I Quit: Nothing says “I am utterly superior than you” than making your opponent say “I quit.” Honestly, this would be a perfect match type to make it clear that whoever wins is totally better than other, without question.

Iron Man: Although a best of seven series is a grind in itself, an Iron Man Match would be a great way to finish it. Putting these two in a 15 or 30 minute Iron Man match creates a definitive end. This match type has not only seen some classics, but also gives creative a lot of freedom too. They can do multiple falls. Shenanigans could abound. There’s plenty of ways to decide it, regardless, it would be great.

Ladder: Since the winner gets a Universal titleshot, this would be perfect. You could hang the contract over the ring and whoever retrieves it gets what it says on the contract. Think of it as a one on one Money in the Bank match.

Last Man Standing: This is basically the same as the I Quit match, just slightly different rules. Beating down your opponent enough that he can’t get up for a ten count clearly defines a winner. After the match is over, there’d be no doubt the winner deserves a titleshot.

I feel that these matches are the only ways to ensure a proper finish to this rivalry. Anything less is a complete waste of time.

About The Author: Brandon Biskobing