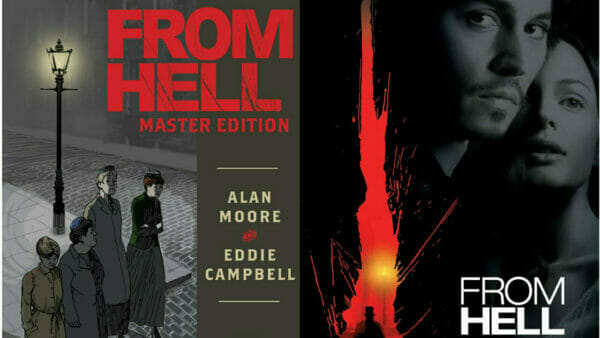 Robert Winfree, Ronnie Adams, Jesse Starcher and Mark Radulich present their Comic Stripped From Hell Comic and Movie Comparison. On this episode we compare, contrast and review the comic book From Hell with the feature length motion picture From Hell (2001)!

Before there was “Comic Stripped” we celebrated Alan Moore Month! For a month straight we took a weekly look at the works of the great Alan Moore and compared them with their motion picture adaptations. Since Alan Moore’s birthday (11/18/53) is this weekend we’re celebrating by looking back at this series of shows we did. We compare the graphic novel From Hell to the movie From Hell starring Johnny Depp!

Only the legend will survive. Comic Stripped From Hell Comic and Movie Comparison