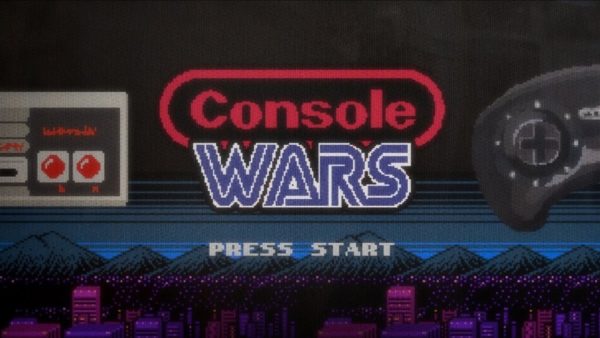 On this special episode, Video Games 2 the MAX hosts Sean Garmer and Marc Morrison are joined by fellow gamer, streamer, and member of the Radulich in Broadcasting crew for a crossover TV Party Tonight. The trio get together and discuss their gaming origins, whether they were a Nintendo or a SEGA kid, and of course delve deep into the 1 hour and 30 minute CBS All-Access documentary based on the Blake J. Harris book entitled Console Wars.

They talk about the ups and downs of SEGA and Nintendo as they fought it out in the first video game battle and all the figureheads representing Nintendo of America and SEGA of America are there to talk about it. The guys discuss most of the major points and some of the things they found most interesting.

Plus, they also discuss what they are looking forward to with the upcoming continuing console wars between Nintendo, Sony‘s PlayStation 5, and Microsoft‘s Series X as we are nearly a month away from the two new consoles launching.

Reviewing the Documentary and Discussing Console Wars Old And New