Criminal Girls: Invite Only is a game that brings out a player’s darkest desires. A Role-Playing Game about the player guiding seven girls to rebirth. The player must command the seven girls called Delinquents, while also “disciplining” them. Thus giving them the motivation to fight. A fun and sexy game, which could also put off some gamers too. 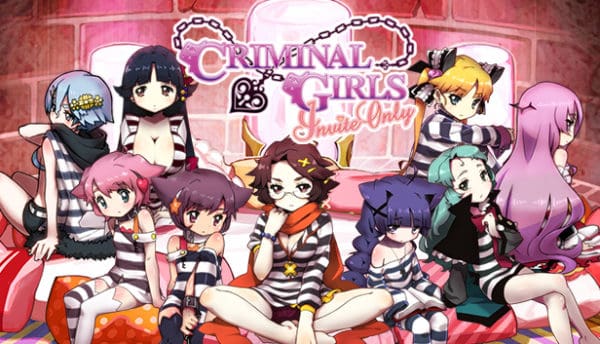 Sexy Party Girls Out to Fight 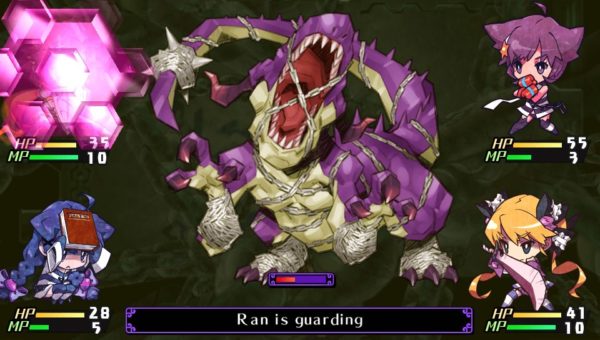 The gameplay focuses on a Turn-Based battle system. While also having players use a different system to discipline the girls. The turn-based system is a little dry in comparison to some other RPG’s I’ve played. While I could send out two girls at a time to fight an enemy, their attack animations felt dull. A quick swipe of a girl’s sword and move on to the next step. It’s very simple and not much to it. The combat also made the battles feel slow. I grew increasingly impatient during the battles. Mainly because after I made my choice for the girls to attack, the game took almost a full ten seconds before the next A.I. character made their turn.

This game does do something unique with how it uses items during battle. It didn’t count as a turn, where most RPG’s would count it. I was able to heal the girls up and then use their attacks strategically, without worrying about how difficult an enemy could be. Although, it does take some difficulty and strategy from the battles. 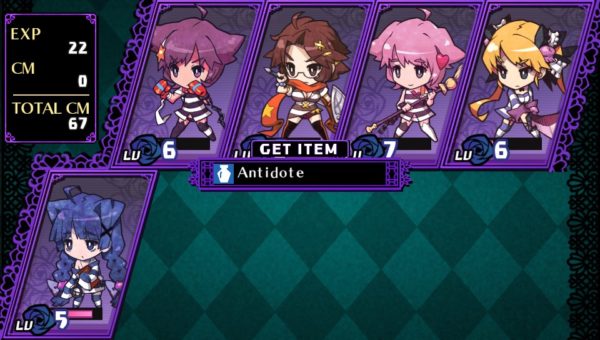 The second component of gameplay is discipling or motivating the girls. This is where the game gets steamy. The game is also much more focused on this aspect, than the turn based battles. Especially, since this is where the game gets its reputation. The girls can level up normally through battle. However, if the player wants them to have more skills, then you bring out the whips and chains. Criminal Girls uses the mouse input to spank, tease, and smack the girls. This leads to erotic cutscenes, (as pictured above,) and better skills for the girls in battle. The North American version of the game is heavily censored. So, if you are one of those that hates censorship, this version may not be for you. Even with the censorship, the hot scenes still give players some interesting moments in each cutscene. 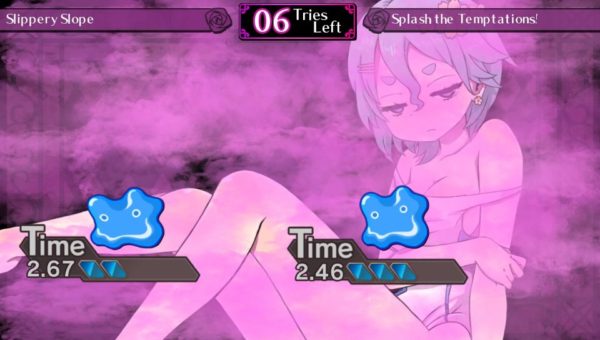 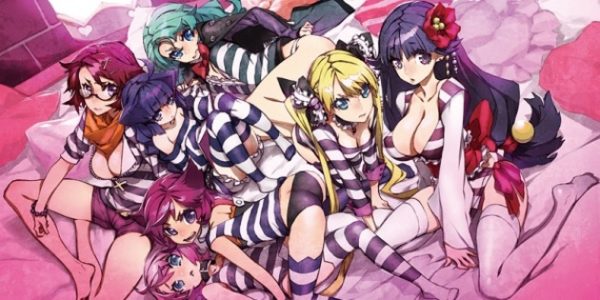 Despite the censorship, the visuals and sprites for the characters are well done. Each girl’s colors matched their attitude and personality. Personally, my favorite was Alice. She’s quiet, timid, and the mage type of the group. The art doesn’t drop either when they become sprites. The design doesn’t disappear or become messy when they turn into their smaller versions. Something that is very important considering the game is very much centered on how the girls look.

The game has great visuals, but lacks a bit in the gameplay department. Especially because the game is much more focused on the steamy cutscenes. It felt like this was the main reason to go back and continue to play the game. So, the battles got old quickly.

I could not get this game to work on my Surface Pro 4 running Windows 10. Something the development team addressed, but were unfortunately not able to fix at all during my play time with the game. Thankfully, I had an old laptop running Windows 7, which could run the game without any problems, or I would not have been able to review the game at all. I hope the developers figure out the issue and fix the bug soon.

Personality of the girls and characters

Mainly caters to only one type of gamer

Overall Thoughts 5.5 Out of 10 Criminal Girls: Invite Only was a visually intriguing game, but dull overall. I wish it had more to offer in terms of story and gameplay. However, it really focused on the sexual aspects of the game instead. If you are the type of gamer that appeals to, then replaying for the steamy scenes may create more value for you. This is only if you don’t mind the heavy censorship. Aside from that, there’s generally more negative here, than positive.