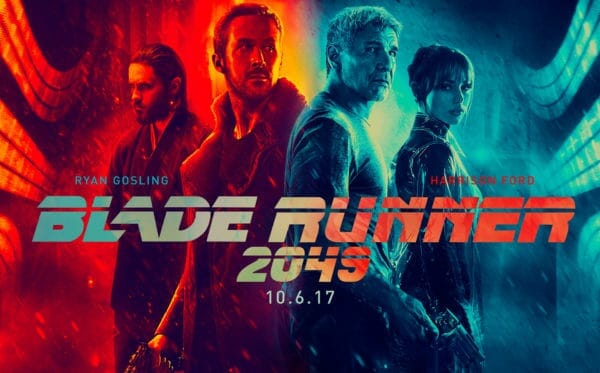 Robert Winfree and Mark Radulich review Blade Runner 2049 on the latest Damn You Hollywood Blade Runner 2049 is a 2017 American neo-noir science fiction film. It’s directed by Denis Villeneuve and written by Hampton Fancher and Michael Green. The film is a sequel to Blade Runner (1982).

Blade Runner 2049 stars Ryan Gosling and Harrison Ford, with Ana de Armas, Sylvia Hoeks, Robin Wright, Mackenzie Davis, Dave Bautista and Jared Leto in supporting roles. Set thirty years after the original film, the story depicts a replicant blade runner named K. Who discovers the remains of a once-pregnant replicant. To prevent a possible war between species, K is secretly tasked with finding the child and destroying all evidence related to it. Leading him to discover that the child bears a connection to a missing blade runner Rick Deckard.