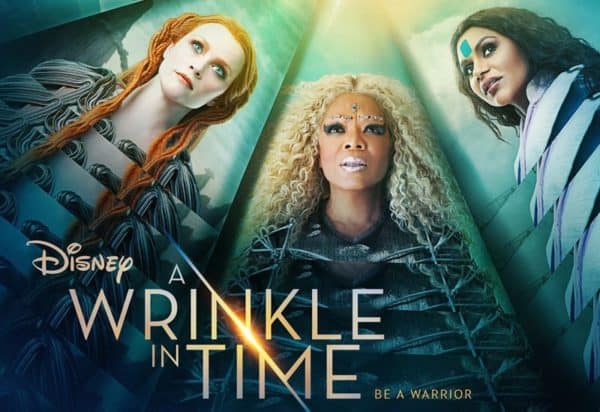 Mark Radulich and Robert Winfree have another movie review on Damn You Hollywood. This time, it’s the new Disney live-action film, A Wrinkle in Time.

A Wrinkle in Time is a 2018 American science fantasy adventure film directed by Ava DuVernay and written by Jennifer Lee and Jeff Stockwell, based on the 1962 novel of the same name by Madeleine L’Engle. The film stars Oprah Winfrey, Reese Witherspoon, Mindy Kaling, Gugu Mbatha-Raw, Michael Peña, Storm Reid, Zach Galifianakis, and Chris Pine, and follows a young girl who, with the help of three astral travelers, sets off on a quest to find her father, who went missing after discovering a new planet.

A Wrinkle in Time Review