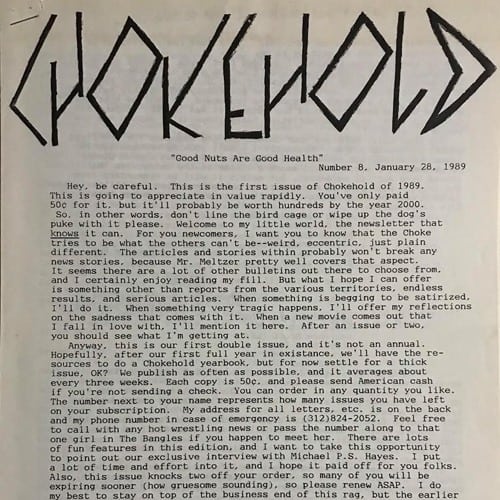 It’s time for a brand new episode of Shootin The Shiznit. This is the second show in the “Let’s Talk Shiznit on the Dirt Sheets” series. Episode 97 features Lance LeVine to talk about Chokehold. BT & Lance talk about when Lance started being a fan, what inspired him to start the wrestling zine, how many subscribers?, why did it end?, the process of putting the newsletter together, who were some famous subscribers? & more.