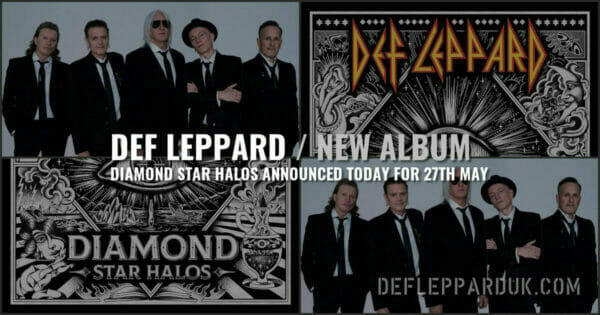 Diamond Star Halos is the twelfth studio album by the English rock band Def Leppard. It was released on 27 May 2022 through Bludgeon Riffola and Mercury Records. The album takes its name from the 1971 T. Rex single “Bang a Gong (Get It On)” and includes imagery from Anton Corbijn, Maryam Malakpour, and Oliver and Joshua Munden.

Check out our other Def Leppard reviews.