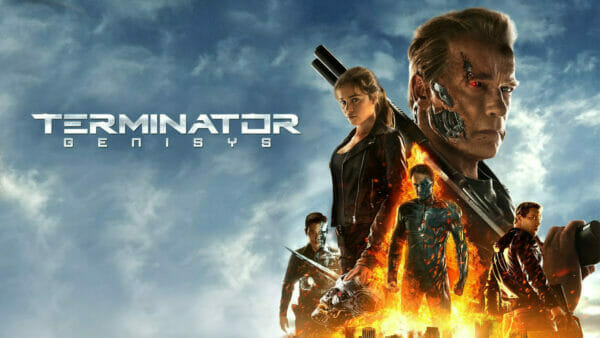 Robert Winfree and Mark Radulich present their Terminator Genisys 2015 Movie Review! Terminator Genisys is a 2015 American science fiction action film directed by Alan Taylor, and written by Laeta Kalogridis and Patrick Lussier. The film is a reboot of the Terminator franchise, taking the basic story of the original film in another direction. It stars Arnold Schwarzenegger, who reprises his role as the Terminator (following his absence in 2009’s Terminator Salvation), alongside Jason Clarke, Emilia Clarke, Jai Courtney, J. K. Simmons, Dayo Okeniyi, Matt Smith, Courtney B. Vance, Michael Gladis, Sandrine Holt, and Lee Byung-hun. It follows Kyle Reese, a soldier in a post-apocalyptic war against Skynet, who is sent from 2029 to 1984 to prevent Sarah Connor’s death. When Kyle arrives in the past, he discovers that the timeline has been altered by Skynet, and that Sarah has been raised by a reprogrammed Terminator sent to protect her.

The rules have been reset. Terminator Genisys 2015 Movie Review