Demetrios: The BIG Cynical Adventure is a quirky Point and Click adventure game. It is a fusion of games like Broken Sword and Phoenix Wright. French Developer Cow Cat, tried to set this game apart from others in the genre by making the crux of the game revolve around comedy. Comedy that is crude, gross, and at times even cynical I might add. In the end, that is the biggest point of failure for Demetrios. 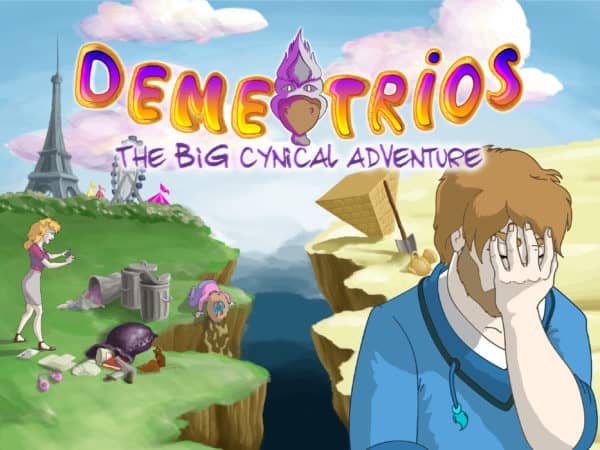 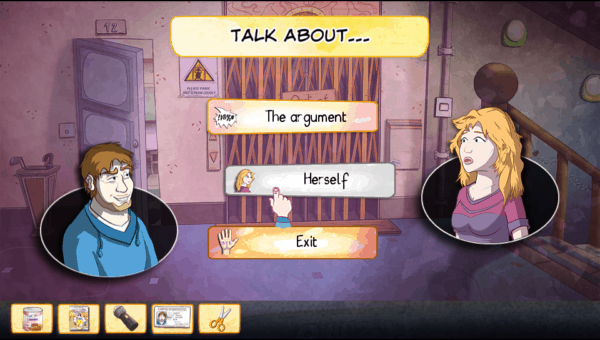 The story revolves around Bjorn Thonen, an antiques dealer living in Paris. Bjorn wakes up to find his house was broken into the night before. The only thing stolen was a mysterious tablet from an ancient bird statue. This begins his epic adventure full of deceit, evil plots, and nonsensical events. 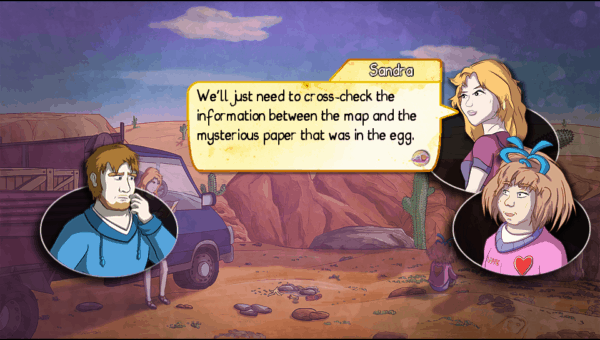 The story would be more enjoyable if it wasn’t for the terrible characters. The developer seemingly went out of his way to make them very unlikeable. There’s nothing endearing about them and quite frankly they come off really idiotic. There was not a single person, including the protagonist, who I was rooting for in this game. To make matters worse, Bjorn’s love interest and her daughter join him. They were the two most annoying characters in the game. 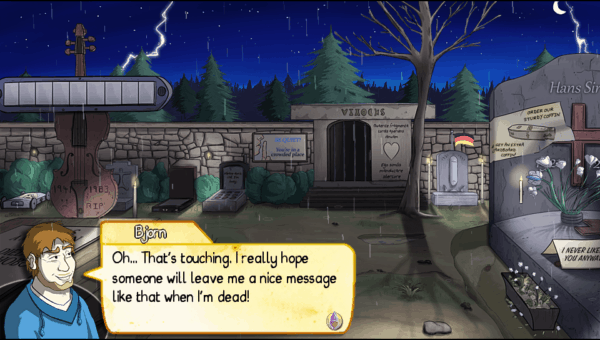 Point and click adventure games live and die by their writing. Although Demetrios has a very impressive 15,000 lines of dialog, I disliked a good majority of it. I did not find the writing to be funny. It was cringe worthy at best. It made a game that is about 10-12 hours to beat, feel like it took twice that. Honestly, I wanted to skip all of the dialogue and just get to the puzzles. 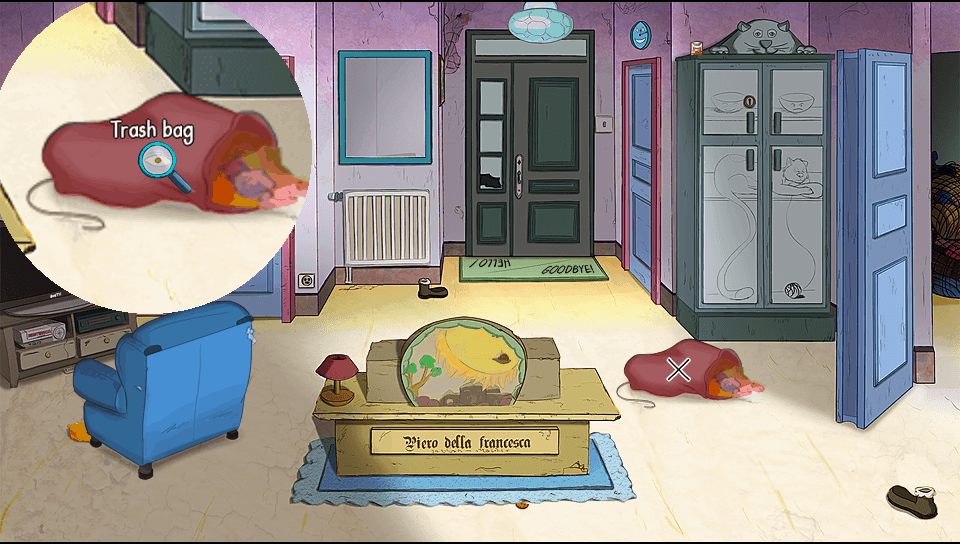 The gameplay in Demetrios is exactly what one would expect. It is mostly just fetch quests and puzzles. The puzzle solutions ranged from easy to just down right aggravating. The logic to a lot of these solutions made no sense what so ever. It felt like a lot of these puzzles were time wasters to pad the game. Demetrios does at least have a really fun hint system. It involves searching for cookies on every level. The more cookies you find, the more hints are revealed. Should you die, the game also has a variety of ways to experience death as well.

Writing was not funny

Some of logic of the puzzle solutions made no sense

Overall Thoughts: 5 Out of 10I give all the credit in the world to one man show Cow Cat for making this game. He had a vision and no matter what he stuck by it. Within the first 10 minutes of the game you will know if you will enjoy the comedy For those that enjoy this type of humor, Demetrios is for you. For those that dislike it, stay clear away from it.