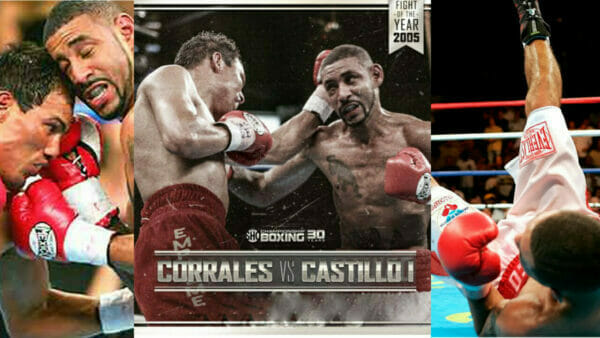 Pat Mullin, Gavin Napier and Mark Radulich look at all the great fights in boxing history. This time they are presenting their Diego Corrales vs Jose Luis Castillo 1 Review.

Diego Corrales vs. José Luis Castillo was a boxing match in Las Vegas, Nevada, US, on May 7, 2005. Corrales won the fight in the tenth round after himself being knocked down twice in the round.

The fight was a 12-round lightweight unification bout between Corrales and Castillo. Corrales, who had a career record of 39–2 with 32 knockouts, was the World Boxing Organization (WBO) champion. Castillo, at 52–6–1 with 46 knockouts, was the World Boxing Council (WBC) champion. Castillo’s style was to fight inside. Corrales’ trainer, Joe Goossen, told Corrales to fight inside, as well.

Check out our previous Boxing Podcasts.

The 2005 Fight of the Year! Diego Corrales vs Jose Luis Castillo 1 Review