I’ve been excited for Disaster Report 4: Summer Memories since it was first announced.  While I never played the other games in the series, I really like the premise of having to survive in a city that is undergoing a cataclysmic event.  Given the current climate, having to scavenge around for things while helping out people, might be rather interesting. 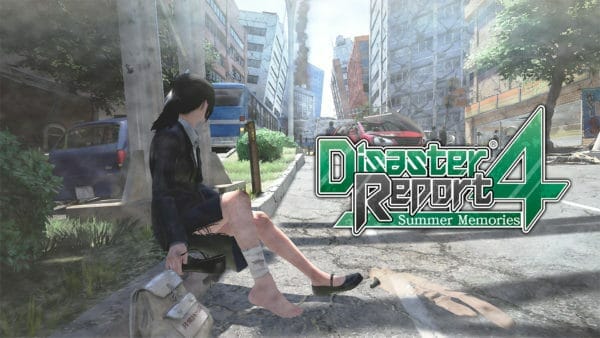 * This preview was written using a demo of the game that is currently available on the PlayStation Store, Nintendo E-Shop, and Steam. *

The first time I played the demo, it took me about a half-hour to complete because I wanted to explore the whole area, talk to everyone, and find everything. Honestly, I understand the idea of leaving you wanting more, but this felt incredibly too short. Especially with only about five things happen in total in this demo. 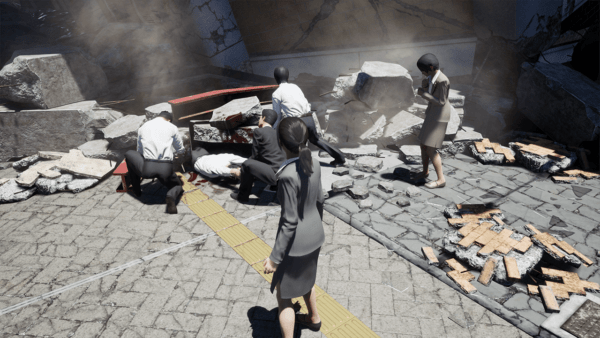 The demo opens with a fairly basic character creator.  You choose between a male or female and some general characteristics (face, skin tone, hair-style, hair color) and then you spawn on a bus.  After giving up your seat to an old woman, an earthquake suddenly rocks the city, and you awaken with the bus on its side, having to crawl out of a broken window.

After you crawl from the bus, you are in a destroyed park.  This is basically a very small fountain area, in an intersection of the city.   The basic flow of the demo is, you wander around this small environment until a real NPC gets activated and then you have a conversation with him or her.  In the demo, I found about three of these. There’s an older guy, a Yakuza-looking guy looking for someone, and a young teacher trying to find her students.

The teacher is the real one, as you are tasked with finding her students.  You find two, talk to her again, find the third and the demo basically ends.

What I liked most is that right from the get-go, you are given situations with choices in how you want to proceed.  You can kindly offer the old woman your seat on the bus, or you can curse at her (but still give her, your seat).  Then you can decide how you want to react to the news that an earthquake has hit a different city, from concern to paranoia, to dismissing it and humming on the beach.

Later on, as you interact with some people on the map, choices also play a part.  You meet an older gentleman who has lost his job.  You can feel pity for him, amusement, sorrow, etc., all of which (in theory), will alter his response to you later. 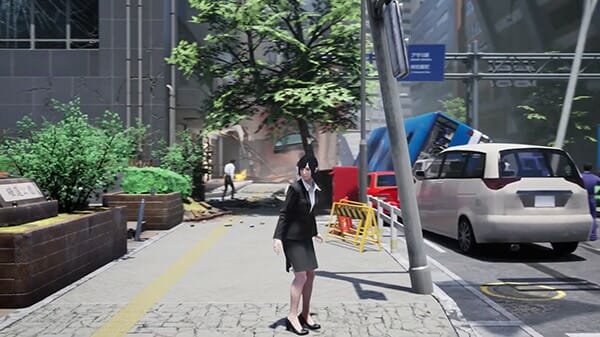 One of the early choices you make on the bus is the reason why you go to the park.  Do you have a new job interview, or a business meeting, or meeting friends, or just for shopping?  It’s up to you to decide.

Since this is the demo and I don’t know how it plays out, but it would be interesting if this is a major decision.  Remember the old Apple II game The Oregon Trail, where you could pick either banker, carpenter or farmer and you would start off with different money/skills?  It would be really cool if this was integrated into this game.  Say you are out going to shop, you would start off with more cash.  But, if you were going to meet your friends, there could be special NPC’s you meet, who are your friends, who could give you stuff.  I’m not sure if this is actually in the final game or not, but something I thought of. 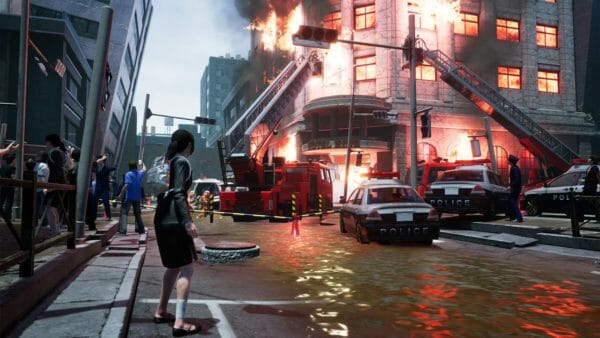 Some choices in the game also net you moral or immoral points.  This is the usual Paragon/Renegade system, where being a good person nets you moral points. While being an asshole makes you immoral.  I imagine this might factor into how NPCs talk to you later as well.

While the demo is brief, I did enjoy playing it. So much so, I even played it twice.  It reminded me of some of Yakuza, just without any of the combat, but still having some traditional Japanese game design in it. I’ll certainly, be interested to play the full localized version in a week or two. Especially to see how long you can virtually survive in a chaotic city.