Everything is a pretty mystifying game. One that I am glad I am able to play and experience.  Calling it a “game” is a bit of a stretch though, since there’s not really any objective or purpose to it. Even the scant few objectives the game tries to layout aren’t even pass/fail, it’s more a question if you want to do them or not. 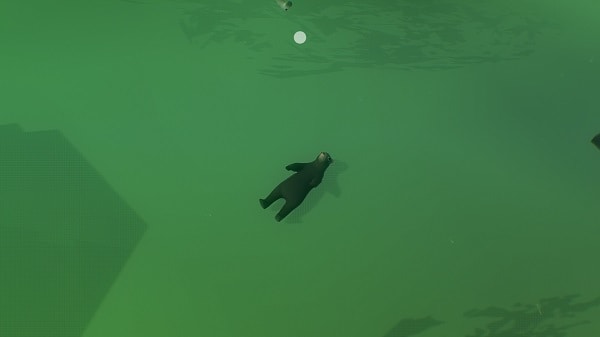 In Everything, you don’t really control a singular object or item. It’s more like you can literally become anything you see. From animals to plants, to atoms, and entire galaxies. You can jump in and out of objects by holding a button and moving the camera around. With the only real requirement being that you have to be on the same relative scale of an object. For example, You can’t transition from a Hydrogen atom, to a street light. However, you can go from a raccoon, to a squirrel, and even a cat. Since those three objects are around the same scale. 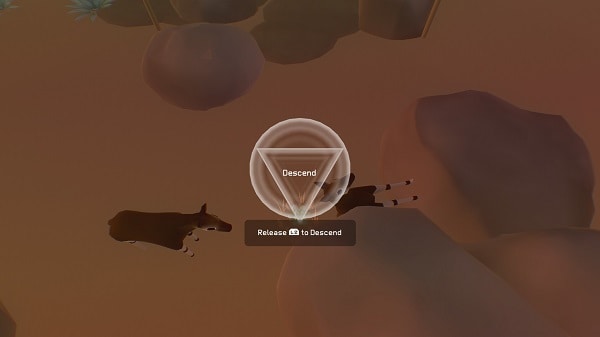 When you inhabit an object, there are a few abilities available. They are also universal across all items, regardless of scale.  One of those is grouping up objects of the same type together, basically forming a herd.  I don’t think there is a limit on the number of objects you can actively control, but there’s no real reason to control a huge herd, other than to dance with them.

Inhabiting an object also lets you adjust the size and scale of it. There are some limits here. You can’t create a planet-sized cockroach. However, you can create a larger-than-normal cockroach, as long as it is on the same relative scale as other objects. There are different general levels of optics, such as “human” vision or microscopic vision. There’s also flying around a city, or even seeing things on an even grander scale. From continents and galaxies, to things from the beyond.  You can also traverse between stratums by ascending or descending via arrows. 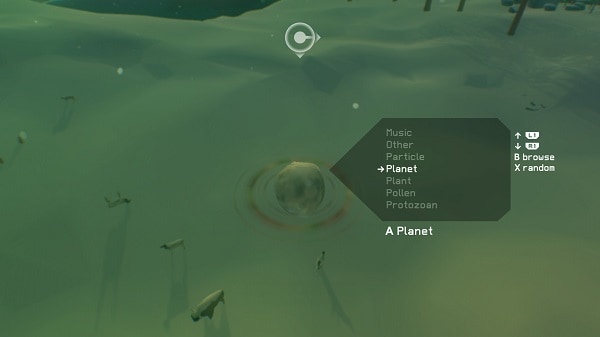 The last big power you have, is transformation and cloning. Once you identify an object, you can then transform into it, and also copy it as well.  Once the abilities are unlocked, you can bring up a menu that has dozens of classifications. For example, Toy, Weapon, Space Junk, Food, Drink and more.  There are dozens of classifications and hundreds, if not thousands, of items for you to transform into and collect.  Later in the game, you can also spawn objects from those collections as well.

The Purpose of Everything 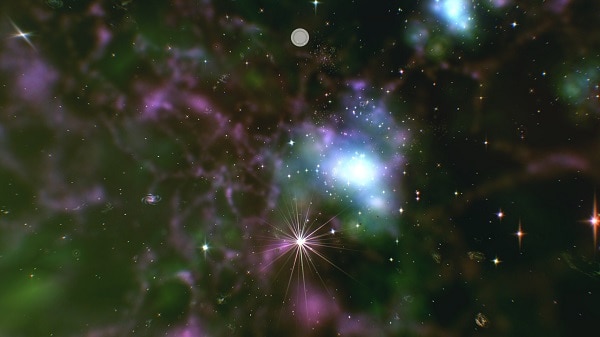 I’ve written five paragraphs on what you can do inside Everything. However, I haven’t written about what you’re supposed to do in Everything. Simply because there really isn’t something you are “supposed to do.” There is a meta-objective of collecting everything within a classification of object.  Say, you want to get all of the vehicles or lights in the game, but this is never spelled out.  It’s something I simply chose to do.

At the start, there are some tasks to accomplish, such as exploring the world from different size perspectives, or growing your item collection, but these aren’t flashing in your face every five minutes. A few times, I became so lost in the game world, I lost track of what I was attempting to actually accomplish. There is a power learned later on, which groups together anything (on your magnification scale). This adds to your item log quickly, which is very handy.

Aside from objects to collect, there are two other things to explore in Everything.  You may see occasional objects with a thought bubble over their head.  Players can interact with them to see what they are thinking, which is then transcribed in a thought list for you to re-read.

Finally, other objects may occasionally have a little bullseye above them.  When you activate them, an audio lecture from British philosopher Alan Watts plays.  Watts was a noted Eastern philosopher. So, a lot of his thoughts are about nature or getting out of your own way when you approach an issue.  A lot of it will likely go over people’s heads, but it is a very interesting mix of his words and Everything’s approach to gameplay.

The Reality of Everything 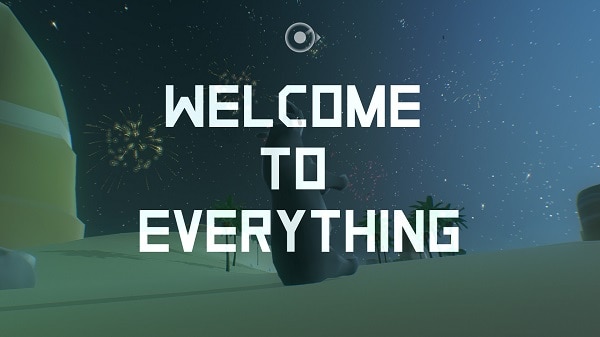 Here’s the rub, Everything isn’t going to be for most players.  It is much more of an interactive art exhibit than a video game.  If you thought Journey or Gone Home were too esoteric, or “not a game”, than stay the hell away from Everything, because I can guarantee that you won’t like it.

On the upside, Everything is also one of the most relaxing gaming experiences ever.  With no real objective, you are free to do anything you want.  If you let the game idle for more than 10 or 15 seconds, it literally starts autoplaying itself. Even jumping in and out of different objects, or just wandering around.  The game has some chill music, and having a British man occasionally speaking to you about metaphysical things leads to a calming mindset for the player as well.

Overall Thoughts: 8 out of 10  While it isn’t for everyone, Everything is very impressive.  It’s pointless, but that in and of itself, is the point. You can just simply explore and collect new items for your logs at your own pace. Although a highly experimental game, it’s quite remarkable the sense of peace and relaxation offered by Everything.

For the sake of transparency, the publisher (Double Fine Productions) provided a digital code for review purposes.