Fate/Extella: The Umbral Star takes place in a far distant future, set after the events of the Playstation Portable games Fate/Extra and Fate/Extra CCC. The latter of which never released outside of Japan. Since the series is making its debut on Playstation 4, developer Marvelous went with a Musou style game (think Dynasty Warriors) and melded it with their traditional Visual Novel type presentation. Does the dichotomy between gameplay and narrative work? It actually does quite well. However, in this case, the style doesn’t live up to the substance. 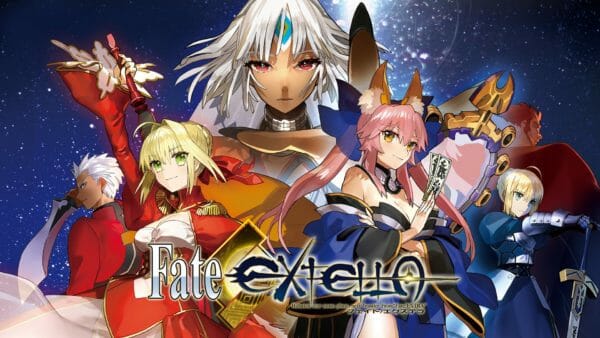 * Before getting into the review itself, I wanted to state that this is a tag team review between myself and another staff member Stephanie Diaz. She had the Playstation Vita version and I had the Playstation 4 version. Honestly, both versions run exactly the same. In fact, I’d argue that perhaps the PS Vita version may be a little better, just because the character graphics don’t look as good on PS4. Whereas, you don’t realize it as much on Vita. Neither one of us noticed any slow down during the battles on either version. In fact, both versions run amazingly well. So, let’s get on to the more detailed things about the game. * 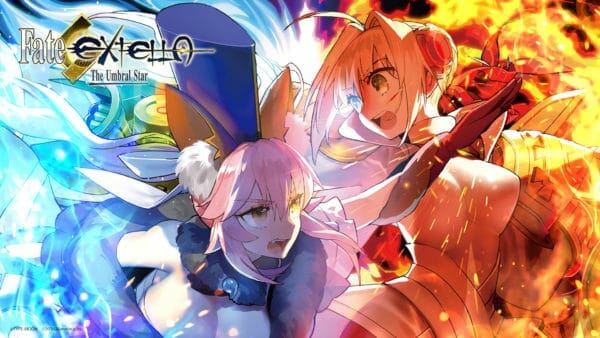 Let’s start with the fact that there’s a lot going on in the story. For someone like me that has watched various versions of the Fate anime, I still felt absolutely lost. It was nice to see so many different characters from the anime make it into the game. You’ll know the basics about Fate from watching the anime or reading the manga. However, you really need to be familiar with Fate/Extra to understand the plot. Well, at least until the later half when they explain a lot more of the deeper meanings to what is happening in the story. I’ve never owned any type of Sony portable system, so other than by illegal means, I have no way of playing Fate/Extra. Even just reading a summary of the events from that game, didn’t help very much.

I have mixed emotions on this. For one, they are debuting on Playstation 4. This opens them up to a broader audience. There could be many people who’ve only watched the various anime and want to play the game. Being left in the lurch for a great portion of it, doesn’t lend itself well to the large amounts of text one must read. Not to mention, a major part of said text is a passive aggressive love note between the master (your character) and the servant. This sort of thing is there in the series, but it feels like they went overboard here.

Also, you are allowed to choose the gender of the master, although the dialogue used doesn’t really indicate it. Since this all occurs in some virtual world held together by the Moon Drive, it’s not as bad as it could be. They are A.I. beings after all, and not really gender specific characters. Except all three of the main servants, are female, one of them being Saber, a huge part of the Fate series. So, when Stephanie mentions to me that playing as a female Master felt weird, there are certain scenes where it’s pretty evident that choosing a gender was a bit arbitrary. 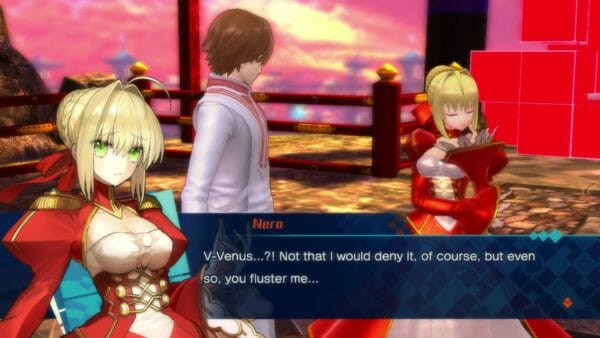 The story in Fate/Extra is set after the events of the Holy Grail War. The Master’s memories are gone as part of the ramifications as well. He can even hardly remember his servant’s name and apparently is not all there either. Only his mind is there and as the story progresses, you find out what happened to his body and soul. Not to mention, there’s some grander story going on that threatens to destroy Seraph. Saber finds herself in control of the Regalia, a very powerful stone, which signifies being ruler. She wants to unify all of Seraph and seek control of its sections. I’ll leave it there, because I don’t want to make this more convoluted. However, let’s just say there is a lot to read and digest in Fate/Extella.

Before leaving this section, I do want to say that the dialogue available does require reading. However, much of it, has good voice acting. Other than some small issues with the translation, it mainly reads well. I just felt a bit overwhelmed for the most part. While also not understanding much of what was happening until the later part of the story. – Sean Garmer

Let’s Go to War: Strategy at its Best 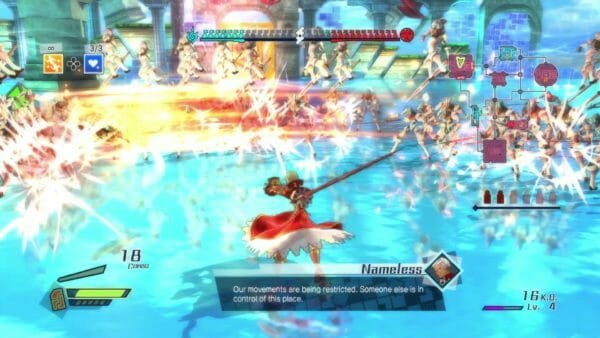 One of the most enjoyable things about Fate/Extella is the strategy gameplay. As Sean mentioned, this is much like a Dynasty Warriors game. Hack and Slash away at thousands of enemies at a time. The key to winning though is to delay the opposing side from completing the matrix. Simple terms, it’s like a scoreboard. If the opposing team conquers a certain amount of blocks on the map, the player loses. But if the player conquers their own percentage then they can progress with the story. The strategy lies in how to conquer those sections and which sections to conqueror individually.

The first thing the player must do is figure out what blocks they want and need to beat the level. The player uses combos that are different based on the servant they choose. There are nine playable servants available, which are divided into eight classes. Saber, Archer, Lancer, Caster, Assassin, Rider, Berserker, and Extra Class. The player also has the use of special codexes that can be equipped based on what armor the player wishes to use. – Stephanie Diaz

Other Parts of the Gameplay 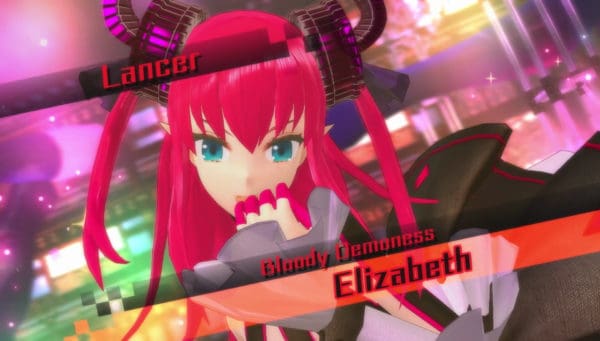 Along with combos, comes the use of a super attack, which you continuously power up by pressing a button. Then, add the Extella maneuver. A powerful attack that uses up the gauge gained during battle. This allows the player to undergo a form change and become more powerful for a certain period of time. There’s also the Noble Phantasm, which is another powerful attack that can only be used once per battle. These attacks take up an entire field and can completely change the momentum of a battle.

What makes all of this work, is that there are several different types of enemies in these battles. Musou games live on the minion and bigger general type character. Fate/Extella also has its own mini-boss or boss characters too. Namely Elizabeth Bathory, who you’ll see several times. Then, you have the Plants. The Plants create more Aggressors (the generals) and minions in various sections.

If the player doesn’t destroy these, they can create so many minions that it overwhelms sections. Thus creating a situation where you might have to retake sections. Since you have to fast travel back and forth into a section, spending too long trying to take a section, can create problems in other areas. This constant give and take, which also forces you to pay attention to the map is great. This keeps things interesting and challenging. I’m sure many may find the gameplay gets repetitive, much like all Musou games, but personally, I didn’t get that here. – Sean Garmer 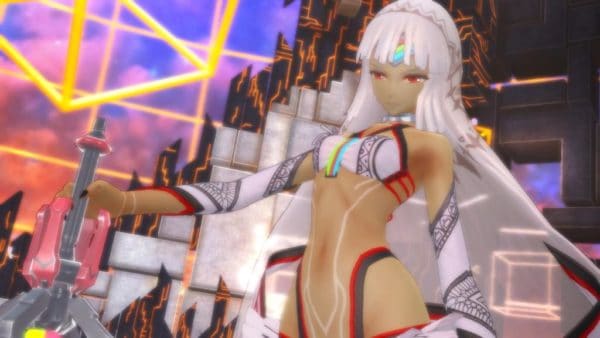 One of the standout things are how interesting and nice the maps look. In particular, The Tamamo no Mae map stands out a lot because it closely resembles Japan’s gardens. I loved watching the 2D illustrations of the servants portraits. They really struck a chord with me. This made me want to go back to the gallery and look at them multiple times. However, the 3D models of the characters aren’t as impressive. This is a bit problematic, since you are staring at those models for a major portion of the game. They look better on PS Vita, but it isn’t saying much. I almost felt as if maybe this game was designed for Vita and then ported to PS4 at times, because of this. Still, the design team got the maps right and it gives you another reason to keep going back to the gameplay. – Stephanie Diaz

Combos and Skills are fun to use

Expects players to know too much from past games

Fighting Can Get Repetitive

Overall Thoughts: 6.5 Out of 10 What can make Musou games stand out, is if the story around the traditional gameplay delivers. This is one of those times, where the gameplay actually stands out above the story. Together, they create an overall decent experience, but not the best. However, because this game is based around the visual novel presentation of the stories, the replay value ultimately hinges on that. The strategy portion of the game is actually pretty fun and has something that’s different than what we normally see in these games. The way the story exists in the game, is either great because there’s a lot of it, or it is too much, without the substance to carry it. For us, it was the latter. Although, for more experienced Fate series players it may not be the case.

* for the sake of transparency, the publisher did provide a digital code for review purposes *