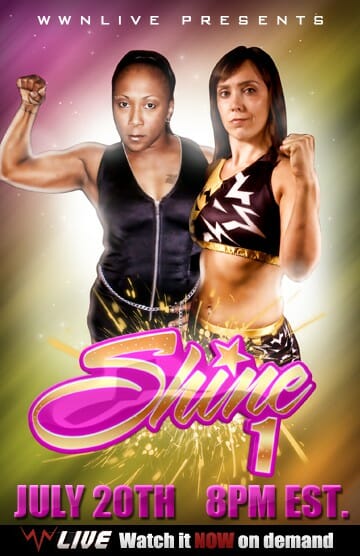 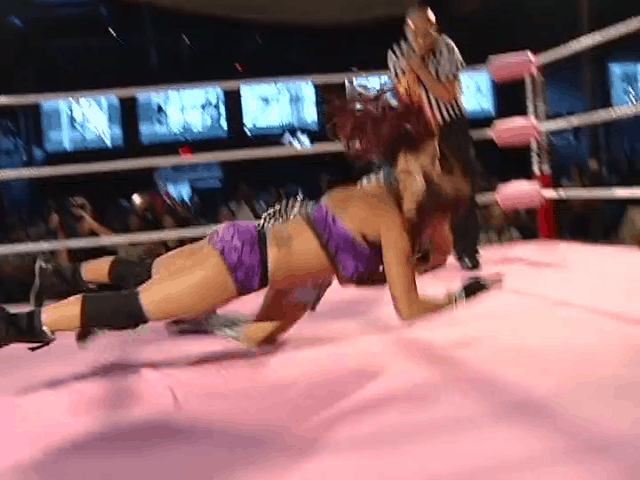 Harry: Veda was still relatively early into her career at this point. Kimberly was a veteran comparatively speaking, but wasn’t well known. They work together pretty well for an opener, but I think it suffers from the lack of star power in regards to the crowd reaction. Competent opener, but nothing that’ll set the world on fire (**)

Patrick: To me, a debut match should be one to remember. However this… isn’t that kind of match. It’s great to see how much Veda has improved since this point, but this was iify at best. (**)

A Glimpse of the Future! 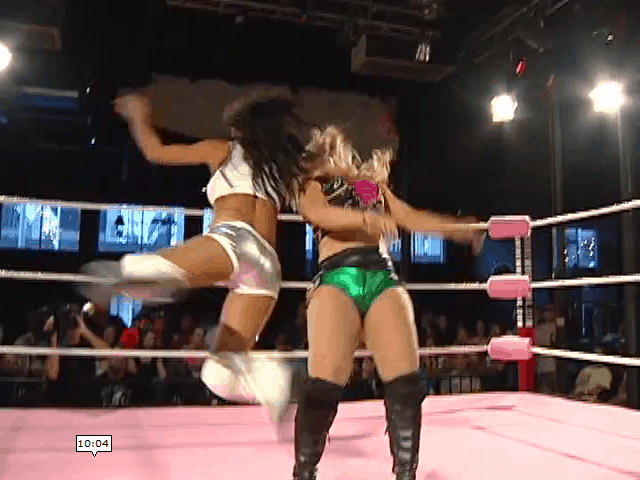 Harry: Clearly Santana was someone they wanted to push. A home state girl who appeared on the TV build to the contest and who is, let’s be honest, a very attractive woman. The kind a company could build around. Don’t care for the rollup finish if she’s going to be a major factor going forward, but the right person won at least. (**)

Patrick: Another case where “at least they get better”. At this point, Santana wasn’t the Santana that would go to TNA or become WOW Champion (yes, that’s a thing). But at no point was she ever bad. The match itself is good enough, dominated by TSA, until the roll up victory for Santana. Not bad, but not memorable. (**) 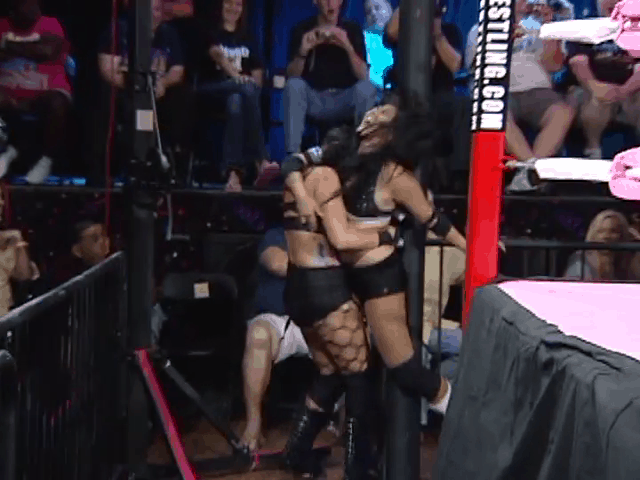 Match #3: Made in Sin (Allysin Kay and Taylor Made) vs. West Coast Connection (Su Yung and Tracey Taylor)

Harry: Made in Sin is by far the best thing on the show to this point. I’ll admit to a bit of bias as Allysin Kay is a personal favorite of mine, but when it comes to ring work and personality, her and Taylor were the complete package on a show that had been lacking up to this point. First time seeing Su Yung and she made a really strong first impression with me as well. Tracey provides a veteran presence to help tie everything together. Best match on the show thus far. (**½)

Patrick: A sign of things to come with this match, as MIS reek havoc on this match before picking up the win. Little sloppy at times, but the heels kept their part up. Why would they tease the WCC splitting up I their first match? (**) 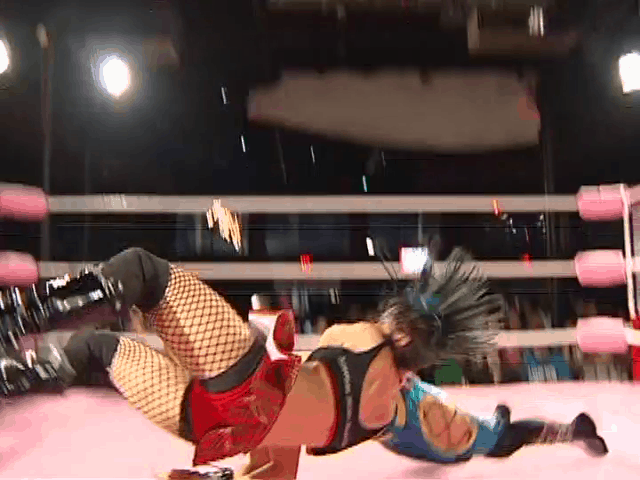 Harry: Christina was another one of the girls who was featured on the TV spot to promote this show, so the result was never really in question. Despite my general indifference towards Von Eerie, I felt she more then held her end up in this match and Cherry Bomb became someone for me to want to keep an eye on going forward. (**)

Patrick: As someone who has never been a fan of CVE, I actually felt bad for Cherry Bomb in this. Then CVE and her sloppiness made it even worse. Cherry isn’t the Allie we know now, but she deserved better. Sucks because CVE was one of the featured people, so we knew she was winning anyway. Glad she wasn’t injured, but no. (*1/2)

Before She Was Broken… 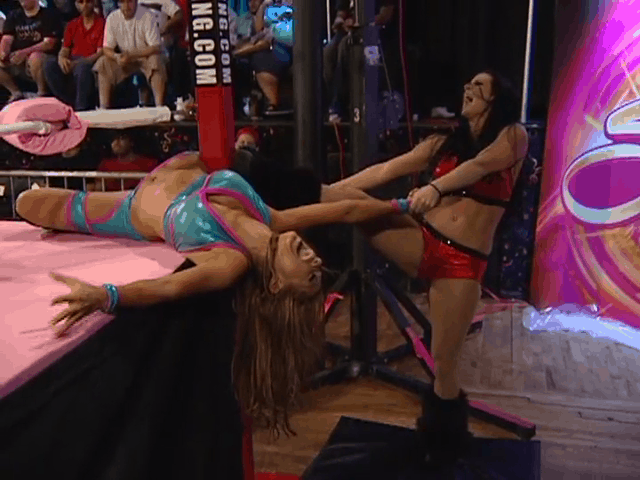 Harry: Surprise of the night for me, for sure. Had very low expectations with this one as I’d not seen Jayme and what I had seen of Reby had not impressed me. Both girls had their working boots on for this one however and it came across as the best match on the show up to this point. Credit to both ladies for the performance here (***)

Patrick: Let’s face it, Mrs. DELETE was never a strong wrestler, but not terrible. This match, though, was actually pretty good. Easily one of the better ones of the night. Things were looking up for Reby, and obviously for Jayme, as she would later become a tag team champion for them. (***) 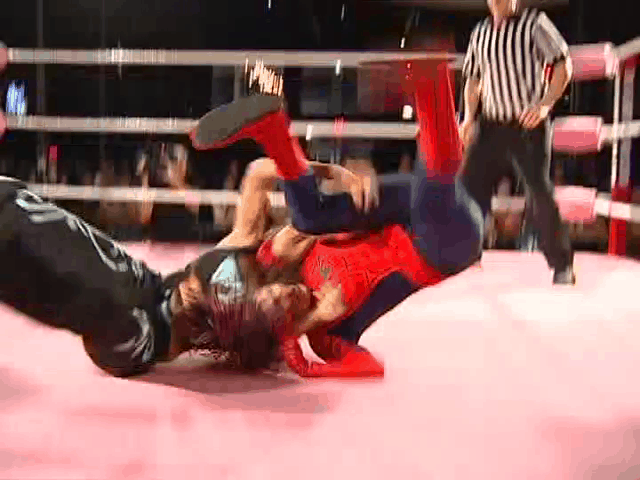 Harry: Allow me to preface this by saying I actually really like both of these ladies. Both in terms of character and in-ring ability. That being said, this match was kind of just there to me. It’s not a bad match or anything, but seeing as Mercedes was one of the bigger names on the card, I don’t think a midcard match with Leva was the way to go here. Leva’s always been more about sizzle then steak as well, so it made for an okay match in a spot where more was probably needed. (**½)

Patrick: How can you not love Leva? The cos-play queen of wrestling didn’t disappoint dressing as Spiderman, web and all. Unfortunately, she had to dace one of the toughest wrestlers there is in Mercedes Martinez. This one seemed obvious from the start and never really was in doubt. Leva gets her ass kicked for the most part until Mercedes puts her away. It was obvious they were going with Mercedes (possibly due to what was going on with one of the main eventers), so it’s kinda obvious why this happened. (**½) 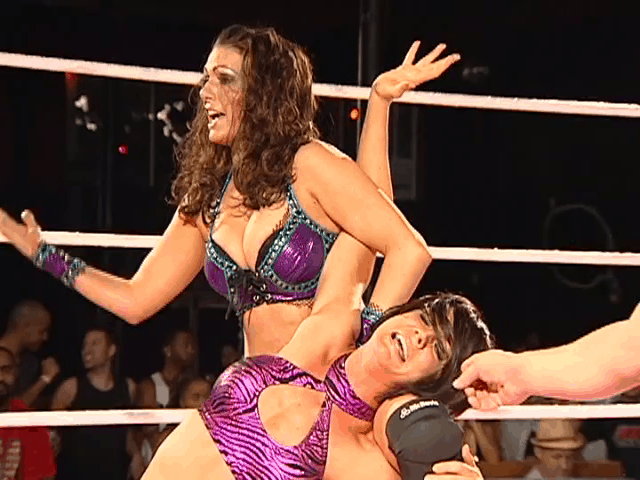 Harry: Sorry, Jayme and Reby, your throne has been usurped. Two of the longest running veterans in women’s wrestling (Rain had been in the business for about a decade at this point) and it clearly shows. Defined characters, sound psychology, smooth ring work and a logical reason for everything to happen moves this match up on my list that we’ve covered thus far for sure. Not that I expected less, but good to see it live up to, if not even exceed, my lofty expectations. (***½)

Patrick: When you have two experienced wrestlers who know what they’re doing, what more can you expect? And coming off the somewhat lackluster match previously, it may have made this that much better. Rain lives up to her end that would earn her a title reign, and who doesn’t like NIKKI… ROXX! (***½) 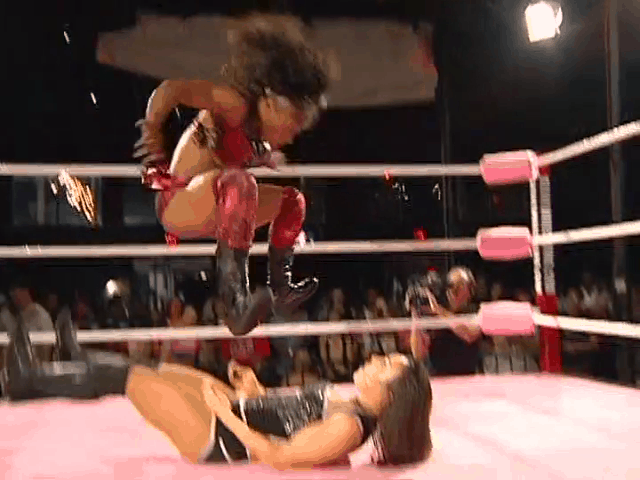 Harry: Credit where credit is due to this show. It may not have gotten off to the best start, but it closes on two amazing matches, including what many would have to describe as a women’s wrestling dream match. The fact that Del Rey was headed to the WWE takes away a bit from the intrigue as to who is going to win the match, but the ring work getting there from both is top notch. I would go as far to say that while rating wise, it might not be my highest so far; entertainment wise, it’s certainly up there. (****)

Patrick: What happens when two female icons face off in the ring? Weeeeellll…I’ll put it this way. Take the awesome Rain/Nikki match. Now, add almost 10 minutes to it. Doesn’t seem as good does it? Still a great match, no doubt, but not one that I’d give 4 stars like I did once before. The right person wins, considering Death Rey is on her way out, and Jazz is staying, so there’s that. Too long for its own good. (***½)

The Show and More!

For the ‘Big Finish’ to find out what we gave best and worst match, our “Cash and our Trash” and the overall rating for the show as well to hear us go into more detail about the matches you see listed above, be sure you check out episode 2 of Wrestling Unwrapped: SHINE Volume 1 from 2012 on the W2M Network.

Harry took out Undertaker vs. Underfaker and Tadarius Thomas vs. Rhino. Patrick took out Daivari vs. Dreamer and Von Eerie vs. Cherry Bomb. Both dropped Jarrett vs. Mabel and the mixed tag match from December to Dismember from their top twenty five.