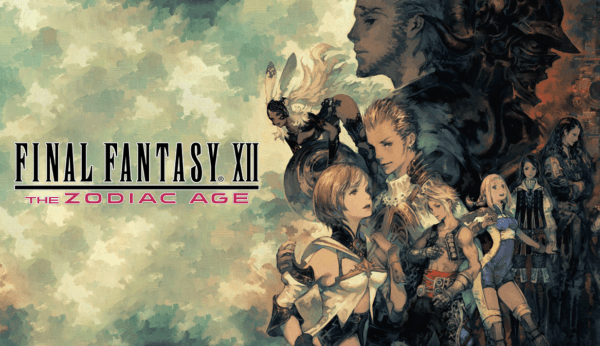 However, Final Fantasy XII is generally considered one of the better-numbered installments in the series. Now that I’ve played it, I can see some of the appeal. However, a few issues do creep in that make me scratch my head. 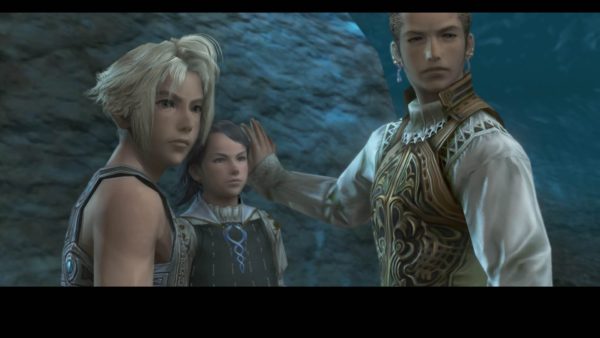 Final Fantasy XII has you playing the role of Vaan, a teenager in an occupied nation between two warring empires. Your goal is to become a sky pirate, and wouldn’t you know it, you fall in with a pair of them a few hours in the game. As well as an undercover princess, an old guy who is stuck in the past, and a pair of gay robots. Wait, sorry, wrong franchise.

Final Fantasy XII’s story is very much like Star Wars, but that’s not a bad thing. The Hero’s Journey is an archetype for a reason because it is a familiar story framework. Considering the total nonsense of what most Final Fantasy games call “story”, Final Fantasy XII’s might be a bit mechanical, but it is serviceable enough.

While I said above that the story is passable, it’s by no means great. It still has some of the annoying Final Fantasy story ticks of having crystals that somehow could destroy the world and a comically evil bad guy. I think it’s still better than most numbered Final Fantasy games, but it doesn’t exactly stand out compared to most other RPGs. 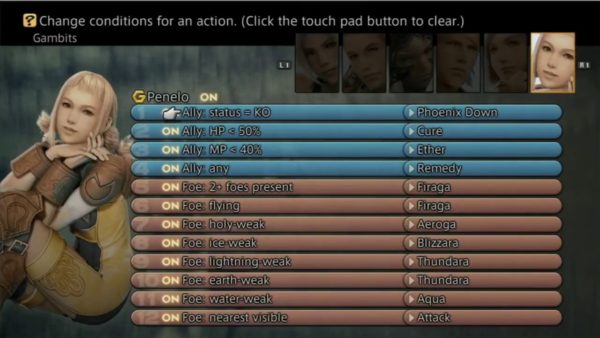 The gameplay is the real defining thing that people remember from this game. For the most part, it seems ok. The idea behind battles in FFXII is that you can automate a lot of your actions with the Gambit System. Gambits allow you to set up “if-then” statements for your character/party AI. Like “If you see an enemy with 100% HP then attack it”, or “If Ashe’s MP falls below 40%, use an Ether to restore MP.”

In large part, it’s a very flexible system. Allowing the player to set up to about a dozen gambits for a given situation. If you’re facing a boss that constantly confuses your party, setting up a gambit that prioritizes confuse-removal would be a good idea, as a general example.

Personally though, I never really got a grasp on the system as a whole. I could only really come up with rudimentary gambits like my few examples above. To me, the system just felt slightly more elaborate than needed. Honestly, I wish there was just a basic auto-gambit system. I got into a fairly good grove with just a few gambits. However, I know I could have been doing better, especially in some big fights, if I just understood more about the system.

To be fair though, there are some great benefits of the Gambit System. The biggest one is that, if your party is sufficiently leveled, you can literally wander the various maps killing everything and not really having to even pay attention. 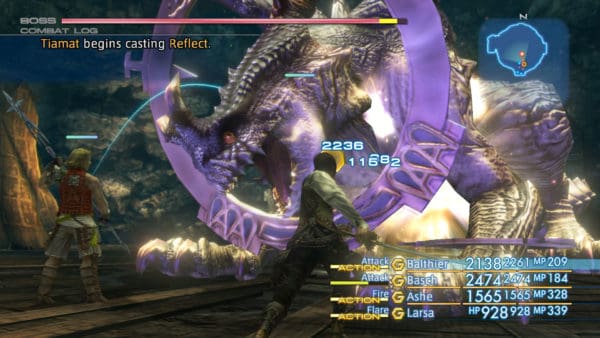 Your party members can attack, cast magic, heal, buff themselves, etc., all really without your input. You can only control one character at a time, though you can give orders to all playable three at any time. So, automating a lot of the combat is probably a good thing, depending on what your party composition is. 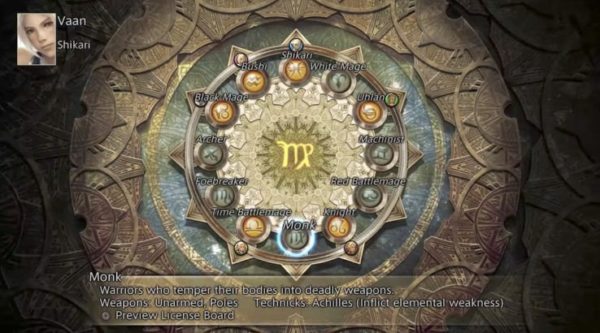 Classes are a much bigger deal in this game than in most recent Final Fantasy games. The job system goes double for this version of the game “Zodiac Age”, which adds more wrinkles than the original version. In this edition, you can pick a starting class, Bushi (Katana-focused), White Mage, Archer, etc.

There are 12 jobs to choose from. About 4 hours in, give or take, you’ll be granted the ability to pick a second job from the list. So each character can have two classes at their disposal. You can create a White/Black Mage healer/damage dealer, or a Machinist/Time Battle Mage, focusing on guns and altering the status of your party and the enemies.

Some jobs mesh better than others but remember that once you pick your jobs, that is it. You can’t re-spec if you don’t like the combination you choose. So be careful! 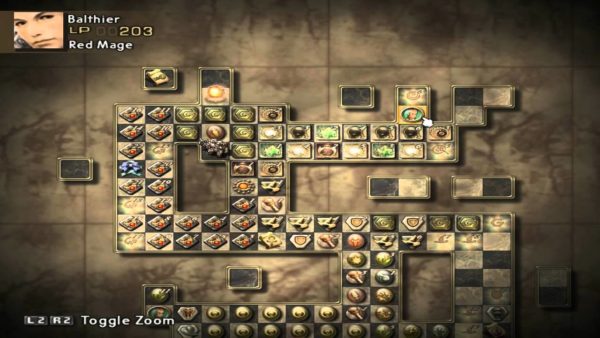 So, what do you do after you pick a class? Why it’s simple, you go into the license board for the class and start dumping points into it. Killing monsters nets you license points, which governs practically everything about your class.

From what weapons you can use and equip, to armor, to accessories, magic (if the class has it) and technicks (non-magic abilities) are all on the board. As well as new gambit slots and general character upgrades. Once you buy a square on the board, the square surrounding it (vertically or horizontally) opens up. Allowing you to then buy those squares. 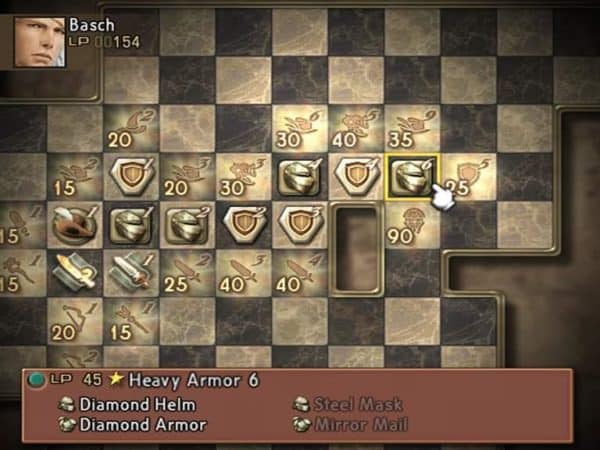 Players can’t just buy any random square, you need to follow a general path, but you can go in a completely different direction if you really need to. Say you spend a lot of points on unlocking new weapon equipment, but then find you need a license to equip a new accessory that you found in a chest, well, you go into the license board and go down the accessory path for a while until you find it.

The dual-job system takes the license board into account also. Allowing two boards per character. You can switch at any time, and put points into either one. The license boards are the only way you gain new skills or abilities. You do gain new levels, based on experience, but they only increase your stats by a little. License points are the thing that unlocks everything else for your party. 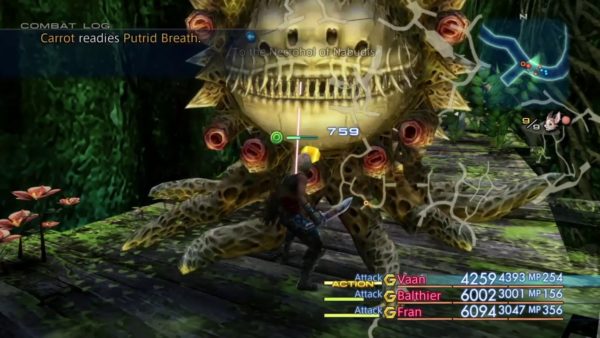 One thing Final Fantasy XII has, which I really appreciated in Final Fantasy XV, is the ability to undertake hunts. Most towns have a board you can go to and accept quests. These quests require you to hunt down and kill specific creatures in the game world. Usually, they are named monsters and very tough.

These were some of the more enjoyable parts of the game since it usually required me to really think about how to take down a specific monster. Not to mention, hunts are usually more challenging than many of the normal boss encounters. 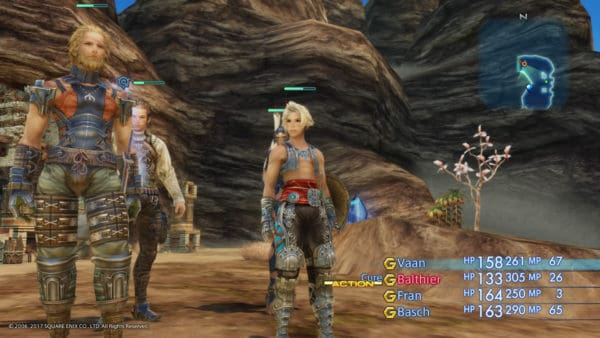 Upon completion of a hunt, you usually get some gil and either a weapon, piece of armor or item. However, normal enemies generally drop no money at all, they instead drop materials and junk for you to sell. Selling certain items unlocks things for you to purchase in the bazaar, which can be known items (like a potions pack), or an unknown item. Selling items is the main way to actually earn gil in the game since hunts give you some paltry amounts. And once you sell items, you may unlock something cool to buy in the bazaar, so it’s a win/win. 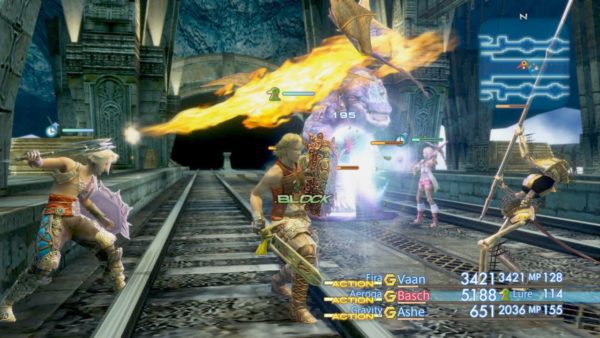 So, should you buy this game if you played it before on Playstation 2? I generally think yes, for two reasons. The first is visual, while this game won’t fool anyone that it’s an aged game, it still received a nice facelift on the Playstation 4. It actually may be one of the better PS4 to PS2 remasters ever done. There’s also some good and interesting design work throughout the world of Ivalice. Something you can see much more clearly in the PS4 version.

The second is the whole “Zodiac” upgrade. American audiences never received this version of FFXII, since it was relegated to a Japan only release. To say it changes the core gameplay is a gross understatement. Since it allows for near complete freedom in what classes you want your party members to have. Classes were preset in the original version. 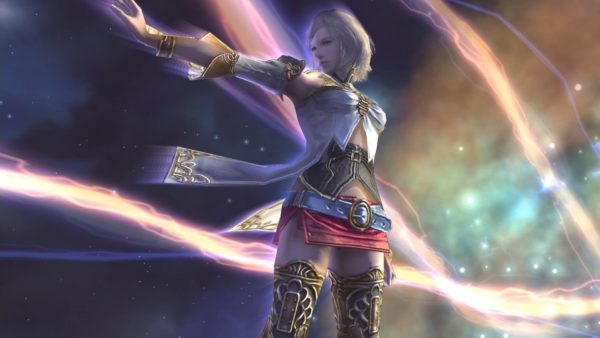 There are some issues to be made aware of, at least one technical, and one quasi-gameplay.

The technical issue I ran into was in the area of Drakar Labs. The music got extremely distorted. It kept muting itself, like every other second. I’m not the only one to notice this, as there is a topic on GameFAQs discussing the issue as well. It’s not game breaking, but in a product as generally polished as this game is, it really stood out. 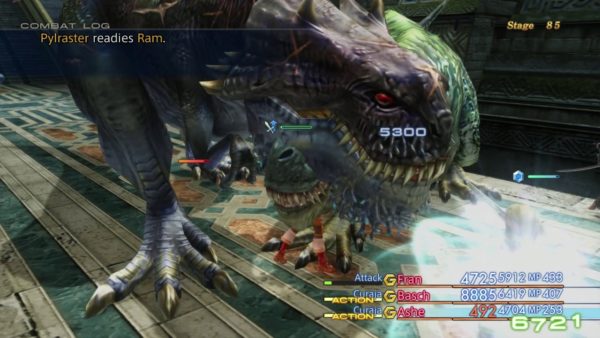 However, what is game breaking, is the Trial Mode. The Trial Mode is a survival mode where you face waves of enemies in different locations, going up to wave 100. It’s a challenge mode, ideally, for high powered characters to test their mettle and see how good they are.

That’s fine and all, but you can access the mode at any time, and whatever items, experience, and license points you accrue in the trial mode go back into your main game. So, you can essentially farm the Trial Mode for points and items without a care in the world. By around the 75% story mark, I had completely maxed out all of my characters license boards, and every character, save one, had 10,000+ extra points.

• A few technical hiccups, here and there
• The Gambit System isn’t explained well
• The Trial Mode can make the progression too easy

I’m not a huge fan of the Gambit System’s explanations, but it does allow for some interesting battles and good gameplay. The license board and dual jobs give you a wonderful sense of freedom in building up your party, which is something I greatly appreciated. It’s a solid game, even 11 years later.