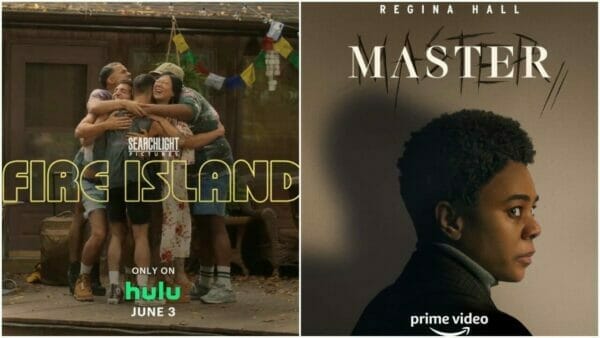 Fire Island (2022) is a 2022 American romantic comedy film directed by Andrew Ahn and written by and starring Joel Kim Booster. Bowen Yang, Conrad Ricamora, and Margaret Cho co-star in the film, inspired by Jane Austen’s Pride and Prejudice. The movie is distributed by Walt Disney Studios Motion Pictures under the Searchlight Pictures banner and released June 3, 2022 on Hulu.

Master had its world premiere at the Sundance Film Festival on January 21, 2022, and was released in the United States via Prime Video on March 18, 2022.

Check out more of our Pride reviews.