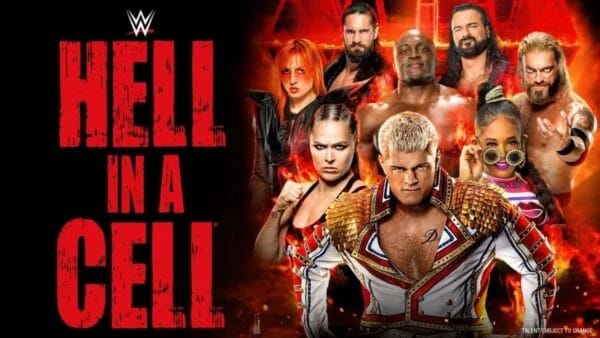 The 2022 Hell in a Cell was the 14th annual Hell in a Cell professional wrestling live event produced by WWE. It was held for wrestlers from the promotion’s Raw and SmackDown brand divisions. The event aired on pay-per-view (PPV) worldwide and was available to livestream through Peacock in the United States and the WWE Network internationally. It took place on June 5, 2022, at the Allstate Arena in the Chicago suburb of Rosemont, Illinois.

Seven matches were contested at the event. In the main event, Cody Rhodes defeated Seth “Freakin” Rollins in a Hell in a Cell match. In other prominent matches, The Judgment Day (Edge, Damian Priest, and Rhea Ripley) defeated AJ Styles, Finn Bálor, and Liv Morgan in a six-person mixed tag team match, Bobby Lashley defeated Omos and MVP by submission in a 2-on-1 handicap match, and in the opening bout, Bianca Belair defeated Asuka and Becky Lynch in a triple threat match to retain the Raw Women’s Championship.

Check out more of our WWE event reviews.