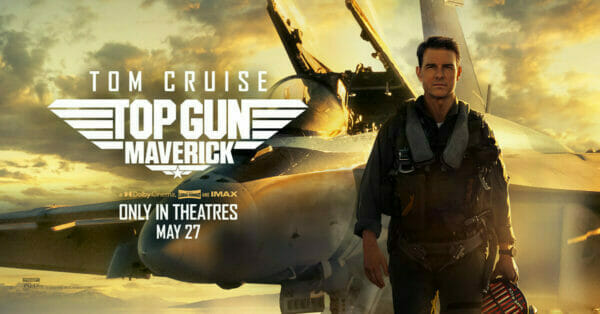 Top Gun: Maverick is a 2022 American action drama film directed by Joseph Kosinski and written by Ehren Kruger, Eric Warren Singer and Christopher McQuarrie, from a story by Peter Craig and Justin Marks. A sequel to Top Gun (1986), the film stars Tom Cruise as Captain Pete “Maverick” Mitchell, reprising his role from the original, alongside Miles Teller, Jennifer Connelly, Jon Hamm, Glen Powell, Monica Barbaro, Lewis Pullman, Ed Harris, and Val Kilmer. Set thirty-six years after its predecessor, it follows Maverick’s return to the United States Navy Strike Fighter Tactics Instructor program (also known as “Top Gun”), where he must confront his past as he trains a group of younger aviators, among them the son of Maverick’s deceased best friend Goose.

Check out our other Top Gun reviews.

Back on the highway to a danger zone! Top Gun Maverick 2022 Movie Review