Here we are, its another year where a Guilty Gear fighting game comes out. It’s actually kind of comforting, like seeing the groundhog come out to determine whether spring is coming soon or not. To put it simply, it is basically the same for good and for bad, like the previous games, Guilty Gear: Xrd, Revelator, Revelator 2, etc. There are a few differences, including one major one, but it really is a lot of the same thing. 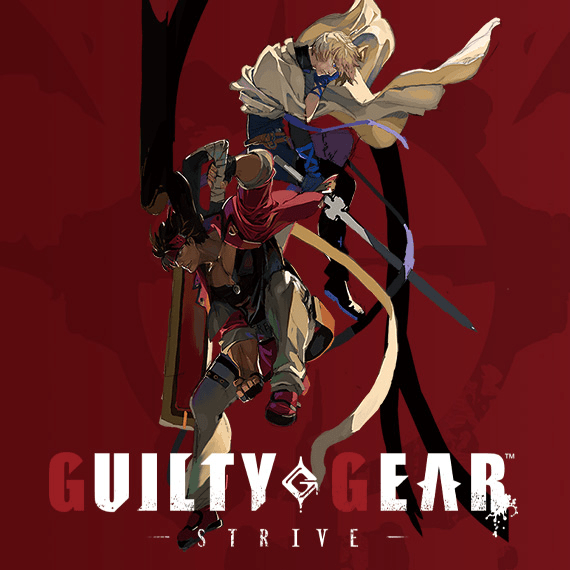 Like the past few games, the “story” mode is a three to four-hour-long anime movie. This also means, no actual fighting takes place to actually make you care about it. You only have the option of watching it, and that’s it. Actually, compared to previous iterations of this, you don’t even get any in-game money to watch this either. 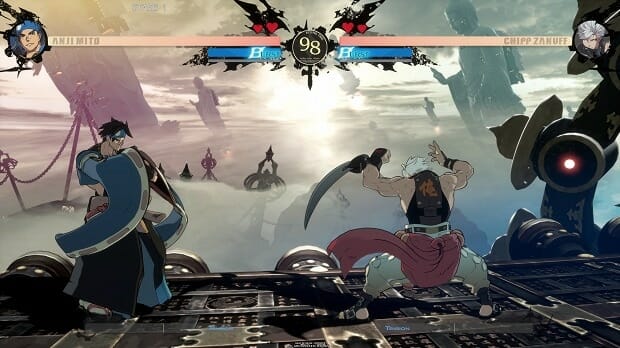 So the roster, at first blush, is a bit thin. There are the usual mainstays like Sol Badguy, Ky Kiske, I-No, etc. In total there are 15 characters to play as with only two, Giovanna and Nagoriyuki, being actual new characters.

Giovanni has a wolf spirit that surrounds her which she uses to attack the enemy. She’s very quick and most of her attacks are multi-hit, even if they aren’t particularly strong. She actually reminds me a bit of Chipp, just without the speed-clones.

Nagoriyuki is on the opposite end of the spectrum. He’s a fairly large character with a massive sword who can’t even dash. His attacks are fairly slow but extremely powerful. And while he is fairly short-ranged, even one of his special attacks can take off about a fifth of an enemy health bar. His real unique hook though is his Blood Rage mechanic. If you do special moves, it adds to a special blood meter on-screen. Once filled, Nagoriyuki enters Blood Rage, which boosts his damage, allowing one of his Overdrive moves to be used but it also drains your health and doesn’t last too long.  So he has a very unique gameplay mechanic for balancing out his meter.

There’s a bit of comedy when it comes to the other modes in the game. There’s a tutorial mode that teaches the general basics of how to play, how to attack, burst, and throw, which takes about five to ten minutes.

Then there is the Mission mode is where you go to actually learn how to play the game. There are five areas in the Mission mode based on difficulty and each has anywhere between 16 missions to 37 missions for you to complete. In total, there are 121 missions for you to do. Also to complete a mission, you are given five chances to do it and have to be successful on three attempts or you have to re-do the entire mission. And while You don’t have to complete every mission, you do gain some money and experience for doing so. Some of this stuff can be easily ignored, but some of it, like the Roman Cancels or the Faultless Defense (perfect block), are a bit more integral to the game.

Everyone Was Kung-Fu Fighting 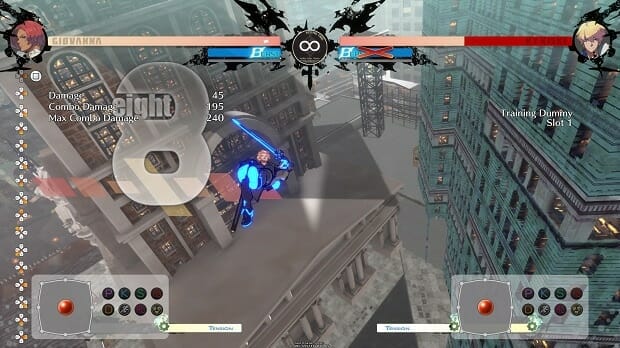 As far as the actual fighting system, I’m going to give it a hearty meh. The biggest thing they did was take out the Instant Kill. This was a Guilty Gear staple mechanic where if you pressed the four main attack buttons, you’d enter Instant Kill mode. If you then entered a specific command (down, forward twice, then heavy attack), you could do a one-hit kill move, assuming you hit the other fighter with it  It was a flashy special move, per character, that was pretty unique to the game.

In Strive, it’s gone. In fact, the only thing I can really see different, fighting game-wise, is the Blue Roman Cancel being a time-slow mechanic for a second or two and Wall Breaks.  Wall Breaks are when you hit an enemy against the stage wall enough times for them to break through it and you go to a different area of the stage. Dead Or Alive, Injustice, and Jump Force (just to name a few) have all done this to varying degrees, so it’s not exactly new.

The thing is, Strive doesn’t really add anything fresh or exciting overall. It’s basically the same fighting engine, only less so, since they removed the Instant Kill stuff. I’m sure there are some extremely minute differences that someone will notice between this and Revelator 2, but to the layman, I don’t really notice it.

Oh, also, the arcade mode is fairly worthless. You do get a bit of fight money out of it, but it has no custom story or endings for any character and is about as generic as the Street Fighter V one. 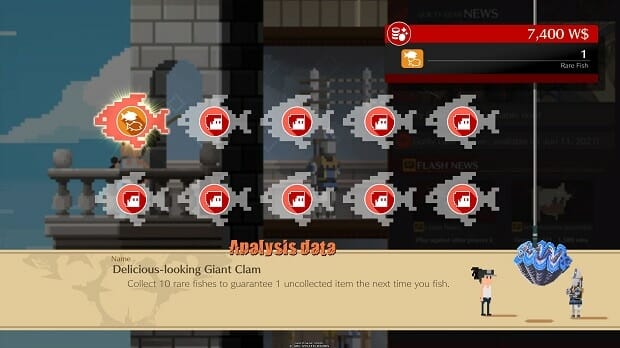 Can someone please find the person at Arc System Works who keeps putting in these moronic Avatar systems, and tell them to stop?  PLEASE.  I beg of you!

God, so, Strive has the same silly Avatar system as at least two other Guilty Gear games, as well as Dragon Ball FighterZ. You can dress up your 8-bit avatar in a variety of clothes or costumes, which you fish out of the slot machine. Also, you can get different parts and colors for your avatar or unlock music to listen to in the gallery.  “OH Man! I unlocked Ramlethal Costume: color6?  My life’s quest is now complete!”  The funny thing is, you can’t even preview the attires you unlock in the fishing menu. You have to back out to the Avatar customize menu to see the garbage you’ve collected.

You can also fish up duplicate items. These get converted into “Rare Fish”, and if you collect 10, then “you will be guaranteed 1 uncollected item the next time you fish.” Hats off to Arc, they managed to find a way to make fishing even more boring than actual fishing.  Good job. 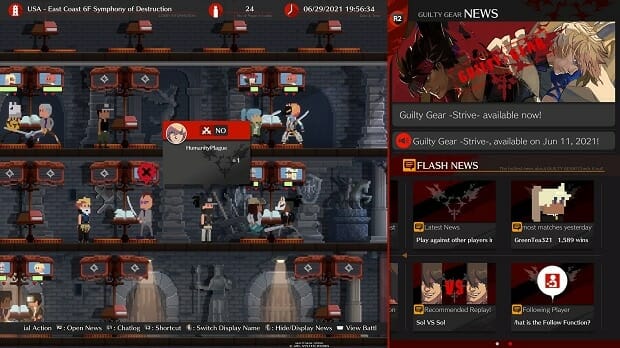 As far as the online multiplayer goes, it’s a bit laggy but mostly fine. You use your avatars to queue up to Duel Stations where you are challenged by other people. God only knows why there just isn’t a Quick Battle option, and you have to go through this nonsense. You can just be stuck waiting for minutes on end if no one walks up to your station.

The fighting itself is fine, mostly. Certain stages seem a bit laggy than others, but It’s functional enough.

The last thing I’ll touch on is the audio and visual aspects of Guilty Gear Strive. The visuals are, of course, great. It’s still using the same 3D engine but locked to 2D, so the camera can spin around during certain Overdrive moves. Also, the character’s colors are great, especially the Tron lighting one.

From a soundtrack perspective, this might be the best that Guilty Gear has done. The menu still has the kind of gothic songs, but during fights, all the songs are very rocking and have a great edge to them.  I’d actually consider picking up this soundtrack quite honestly.

Far from being a “complete reconstruction of the franchise”, according to Daisuke Ishiwatari (Guilty Gear Series Director), Strive is mainly just more of the same, only somehow, less of a package. Honestly, it is a fine game, but they could have just called it “Guilty Gear Xrd Revelator 3” and it would have been more honest. It’s fine for new players but if you’ve been a fan of the franchise before, I think you’ll be disappointed that it has lost some of the charm of the series.