A gorgeous Visual Novel filled with intense characters. Hakuoki Kyoto Winds is a love story for the history textbooks. The narrative is set in feudal Japan, and after finishing the story, I can easily see romantics falling in love with this Otome game. 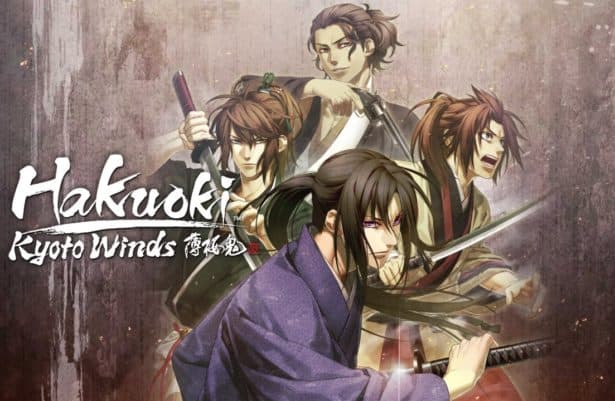 The Land of the Rising Sun Romance 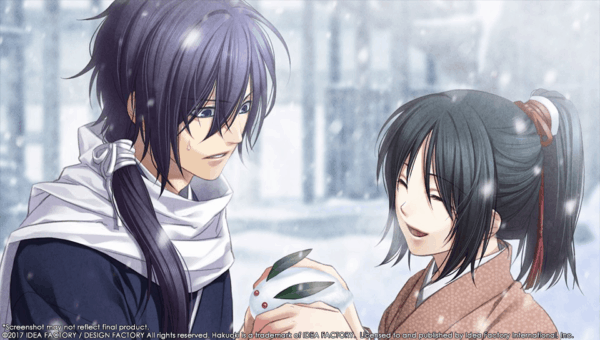 Hakuoki Kyoto Winds follows Chizuru Yukimura on an adventure to find her missing father. Clues lead her to Kyoto, the then capital of Japan. At first, she is dressed as a boy to avoid scandal and suspicion. On the night she arrives, Chizuru is attacked by demonic blood-thirsty men known as the Rasetsu. Luckily, Chizuru is saved by a special police force of ronin samurai called the Shinsengumi. Later, she actually reveals to them her quest and true gender. Thus, beginning the story in earnest. And along the way, the narrative reveals not only the dark forces behind some mysterious disappearances but also a blossoming romance as well.

One of the most unique aspects in Hakuoki’s story is how it correlates Chizuru’s story with historical events in Japan. For example, the Shinsengumi was an actual police force organized to protect the shogunate’s that had been either exiled or turned away from the Imperial Court. 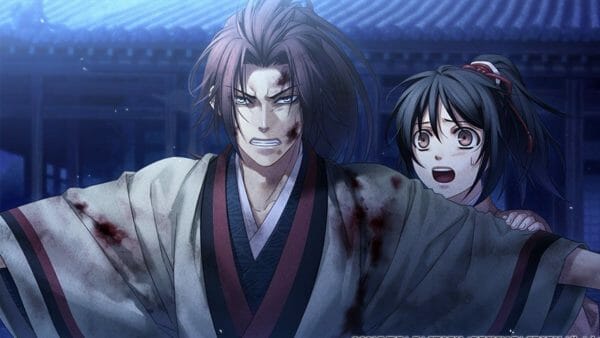 They were loyal servants of the exiled shogunate following the way of the Bushido. The Shinsengumi existed at a time where Japan had come into contact with foreigners. Specifically those from Western civilizations. An imperial edict had forbidden all trade with foreigners. However, the people of Japan had split opinions on said edict. Some wanted to stay within their culture, to continue their traditions and customs. While others believed in competing with foreigners by becoming more modern. This separation in ideas actually affects the setting of the game’s story.

Heavy on the Narrative 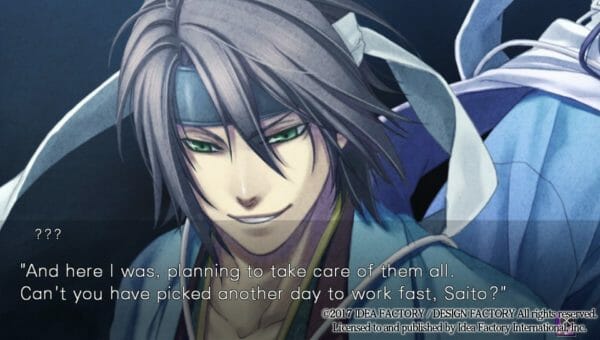 Being a visual novel, Hakuoki Kyoto Winds relies heavily on its narrative. As per usual, you’ll be reading and then analyzing the best course of action. Something that isn’t always easy to do. This is where the previously mentioned historical context is very important. This is because the characters Chizuru comes across in the story are actual members of the real Shinsengumi. For example, one of the characters is Hijaka Toshizo, or Toshi for short. He was second-in-command for Kondo Isami. Both of those characters actually appear in the story. Once again matching the history of the time. Well, minus the included supernatural anime aspects.

Toshi is also important because he’s one of the first available love interests. Right from the start, he is a difficult character to read. His cold personality and serious nature are also mixed with his sarcastic dry humor. Often making him a confusing character. Especially, if the players only focus on his interactions with you. Although he’s difficult to read, he also cannot be ignored. Mainly because of how influential he is for the Shinsengumi.

For the player to actually succeed in falling in love with Toshi, analyzing both history and other members of the Shinsengumi is key. Battles, edicts, and even styles of life are found in various dialogue trees. Not to mention, the summaries Chizuru gives in between chapters, and even the games’ glossary is important too. 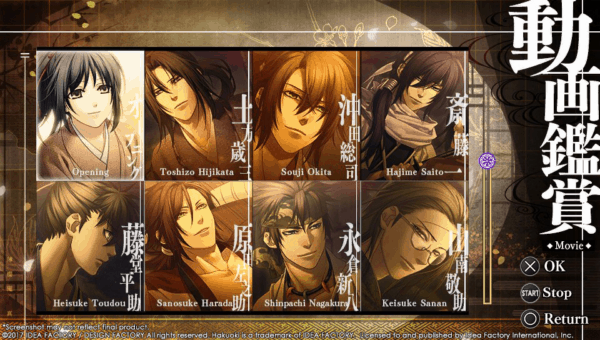 Hakuoki Kyoto Winds also shines in how it ties together its large cast of characters. You’ll interact with an endless amount of characters throughout the story. There are even romance options for the villains as well. Plus, there are 30 different endings in the game too. So, it gives players several reasons to play through the story again. 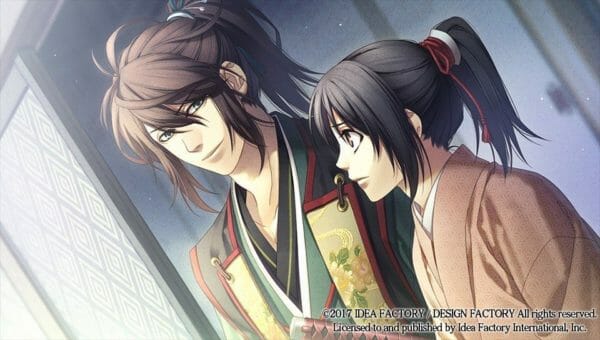 A visual novel’s success is usually determined by two factors, story, and artwork. This visual novel is unique in that it’s not only historical but is also part of an anime series. So, there is a higher standard involved here. Hakuoki Kyoto Winds meets that standard by relying on the textual aspect of the game to tell the story.

The art in the game is not only used well on the characters. There are also some settings that are drawn beautifully in standstill cutscenes. Giving players enough visual flair to keep them satisfied. While they read the text on screen. The colors used, serve the purpose of helping personify the characters. For example, Toshi’s purple kimono represents his serious and authoritative nature. As an artist myself, I really appreciated and cherished how they showcased the art in Kyoto Winds.

With 30 endings included, there are numerous choices available for players

Some characters proved very difficult to persuade, heavily relying on other character’s actions.

Overall Score: 8.0 Out of 10 Hakuoki Kyoto Winds is a really good visual novel. The story is both creative and intense. Its use of Japanese history sets a great tone and even the relationships between characters strengthens the game’s story. The usage of color and the ability to just enjoy every single detail of artwork in the game allows players to further immerse themselves in what’s happening on screen as well. I highly recommend visual novel lovers look into the Hakuoki series and learn a little about Japan’s history with some extra anime flair included.