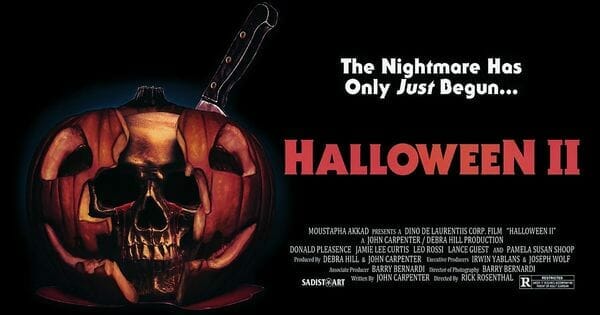 Halloween II is a 1981 American slasher film directed by Rick Rosenthal in his directorial debut, written and produced by John Carpenter and Debra Hill, and starring Jamie Lee Curtis and Donald Pleasence who reprise their respective roles as Laurie Strode and Dr. Sam Loomis. It is the second installment in the Halloween film series and serves as a direct sequel to Halloween (1978). The plot picks up directly after the first film, with Michael Myers following survivor Laurie Strode to the local hospital, while his psychiatrist Dr. Loomis continues his pursuit of him.

For more reviews of comics and movies from the Halloween franchise check out Halloween 3: Season of the Witch, Halloween: Nightdance and Halloween 2018!