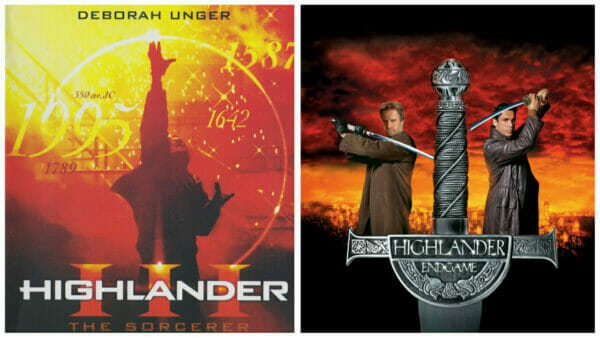 Highlander is a British film and television franchise created by American screenwriter Gregory Widen. The series began with a 1986 fantasy film starring Christopher Lambert, who played Connor MacLeod, the titular Highlander. Born in Glenfinnan in the Scottish Highlands in the 16th century, MacLeod is one of a number of immortals empowered by an energy called the Quickening and only able to die if beheaded. On television, Highlander: The Series aired for six seasons from 1992–1998, starring Adrian Paul as Connor’s kinsman Duncan MacLeod, another immortal Highlander born decades later. Recurring characters in the series included the immortal thief Amanda (Elizabeth Gracen) and oldest immortal Methos (Peter Wingfield) who each had spin-off shows, Highlander: The Raven and The Methos Chronicles respectively, which each lasted one season.

Check out our other Movie franchise reviews!

There can be only one (again)! Highlander 3 The Sorcerer/Highlander Endgame Review