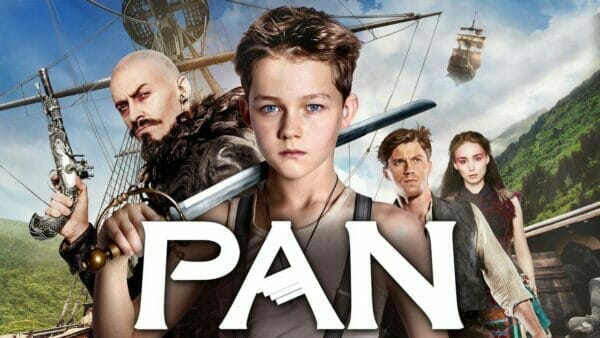 Robert Winfree and Mark Radulich present their Pan 2015 Movie Review! Pan is a 2015 American fantasy film directed by Joe Wright and written by Jason Fuchs. The film serves as a prequel to Peter and Wendy from Scottish author J. M. Barrie, which was first staged in 1904, and focuses on an alternative origin story for Peter Pan and Captain Hook. It stars Hugh Jackman as a fictionalized version of Blackbeard, Garrett Hedlund as Hook, Rooney Mara as Tiger Lily, and Levi Miller as Peter Pan.

Every legend has a beginning. Pan 2015 Movie Review