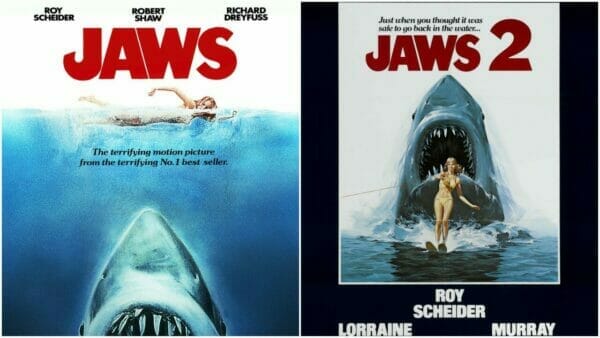 Jaws is an American natural horror film series that started with a 1975 film that expanded into three sequels, a theme park ride, and other tie-in merchandise, based on a 1974 novel. The main subject of the saga is a great white shark, and its attacks on people in specific areas of the United States and The Bahamas. The Brody family is featured in all of the films as the primary antithesis to the shark. The original film was based on a novel written by Peter Benchley, which itself was inspired by the Jersey Shore shark attacks of 1916. Benchley adapted his novel, along with help from Carl Gottlieb and Howard Sackler, into the 1975 film Jaws, which was directed by Steven Spielberg. Although Gottlieb went on to pen two of the three sequels, neither Benchley nor Spielberg returned to the film series in any capacity.

The first film was regarded as a watershed film in motion picture history; it became the father of the summer blockbuster movies and one of the first “high-concept” films. The film is also known for the introduction of John Williams’ famous theme music, which was a simple alternating pattern of the E and F notes of a piano. Williams’ musical score won an Academy Award. The film won two other Academy Awards, and was nominated for Best Picture.

Check out our other horror reviews!