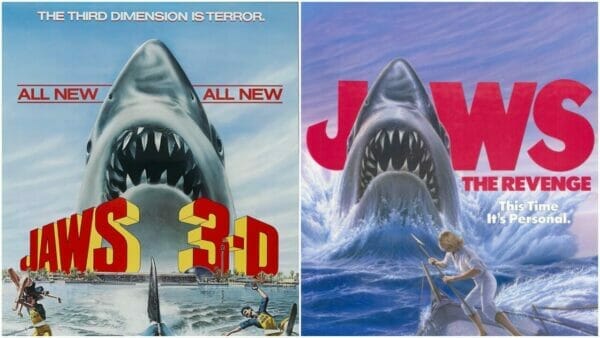 Jaws is an American natural horror film series that started with a 1975 film that expanded into three sequels, a theme park ride, and other tie-in merchandise, based on a 1974 novel. The main subject of the saga is a great white shark, and its attacks on people in specific areas of the United States and The Bahamas. The Brody family is featured in all of the films as the primary antithesis to the shark. The original film was based on a novel written by Peter Benchley, which itself was inspired by the Jersey Shore shark attacks of 1916. Benchley adapted his novel, along with help from Carl Gottlieb and Howard Sackler, into the 1975 film Jaws, which was directed by Steven Spielberg. Although Gottlieb went on to pen two of the three sequels, neither Benchley nor Spielberg returned to the film series in any capacity.

The success of Jaws led to three sequels. All four films together have earned nearly $800 million worldwide in box office gross. The franchise has also seen the release of various soundtrack albums. There have also been novelizations based on the sequels. Jaws has strong merchandise with trading cards, inspired theme park rides at Universal Studios Florida and Universal Studios Japan, multiple video games, and a musical that premiered in 2004. Critical and commercial reception went downhill with each sequel. This reception has spread to the merchandise, with video games seen as poor imitations of the original concept.

Check out our other horror reviews!