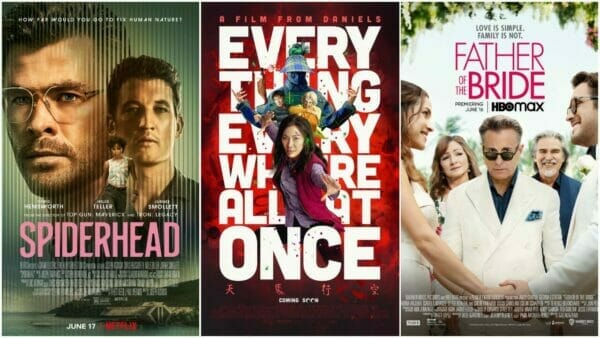 A Woman tries to do her Taxes. Everything Everywhere All At Once/Spiderhead/Father of the Bride