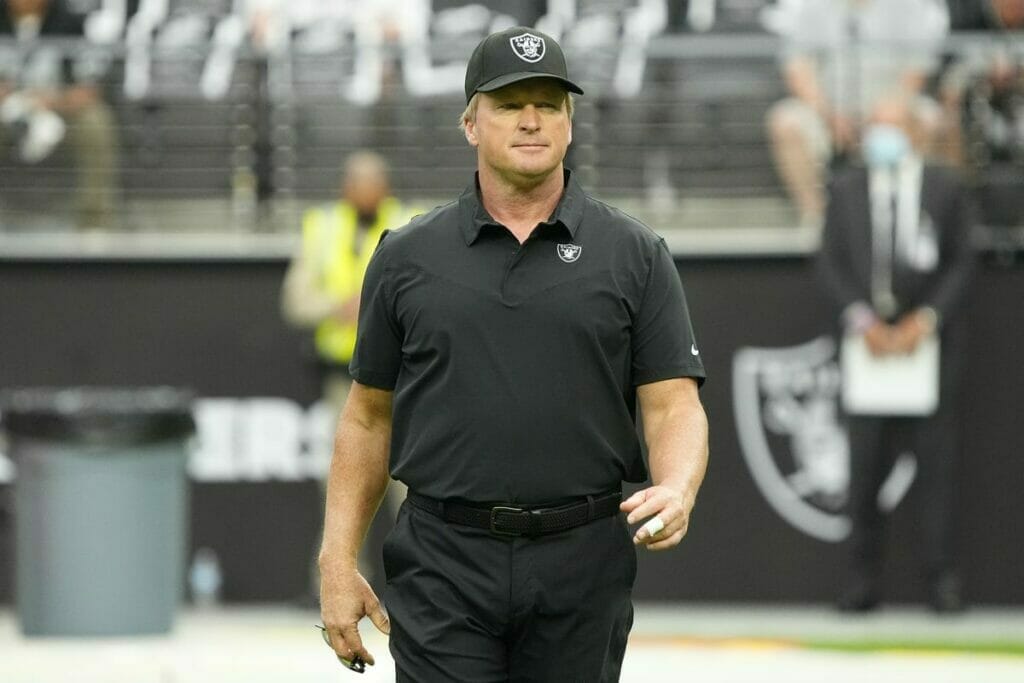 Join host Harry Broadhurst, Erik Watkins, and Keneddi Eddings (on assignment) as they present their unique looks at the worlds of college and professional football, mixing a blend of statistical knowledge with razor-sharp wit.

Nothing major happened recently, right? Right?! Yeah, yeah, we know we know, and we’re going to cover it. The Gruden story will be the main topic, along with the latest rash of injuries.

There are some battles at the top in both I’m a Survivor and Are You Serious?, and now that Randy has caught up and not breaking the show anymore, he may have some decent picks for a change.

All that and much more (as per the usual) when you check out Season 5, Episode 8 of The Kickoff, a presentation of the W2M Network.

Jon Gruden is Out, Yes, But Something is a Miss…