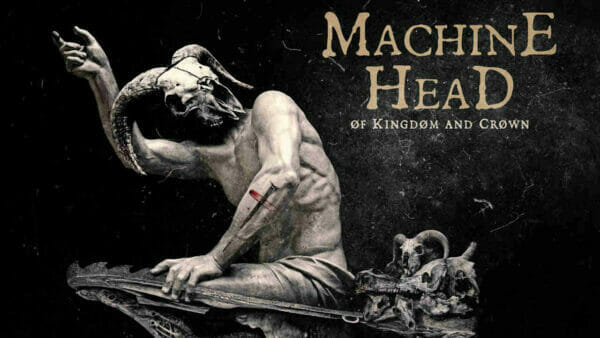 Of Kingdom and Crown (stylized as ØF KINGDØM AND CRØWN) is the tenth studio album by American heavy metal band Machine Head, released on August 26, 2022, through Nuclear Blast and Imperium Recordings. It is the band’s first album to feature guitarist Wacław Kiełtyka, who joined the band in late 2019. Matt Alston, who joined the band at the same time, does not play on the album; instead, drum duties are handled by Navene Koperweis, who acted as a session drummer for the album. The band’s first concept album, Of Kingdom and Crown is set in a futuristic wasteland and revolves around two characters, Ares and Eros, who both go on their own respective killing sprees following the death of their loved ones.

Of Kingdom and Crown was positively received by critics, many who commented on it as a return to form for the band as well as praising the album’s diversity and the band’s interplay and musicianship, which was described as heavier and more technical than previous efforts.

Check out our other Machine Head reviews.