Madden is one of the most polarizing games in existence today. Mention the game, and you may receive a variety of responses. These vary from the “it’s just a $60 roster update,” to Madden is great, and I buy it every year. Then, there are those who fall in-between. It’s actually fairly difficult to develop the Madden franchise. Mainly, because there are usually very little differences from year to year. Not to mention, the development time to make Madden is short compared to a normal AAA title. However, with the addition of the singleplayer story mode Longshot. Plus, the new passing mechanic and additions to Ultimate Team. This year’s Madden NFL 18 may fall on the more innovative side. 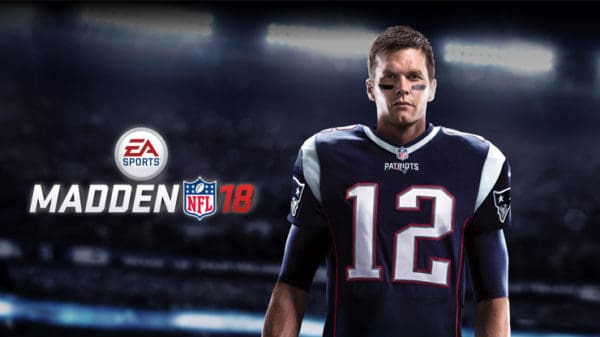 The Move to Frostbite Madden NFL 18 has three major additions from previous years. First, EA moved Madden NFL over to the Frostbite Engine and finally ditched the finicky IGNITE engine. This provides more realistic graphics (much less crazy tackling and contortions of players, although they are still present in certain situations.) There’s also a new level of detail not seen in other Madden games. The stadiums look amazing and as similar as possible, to their real-life counterparts. Colors show impressively on jerseys. Probably the most resonating aspect is that every stadium now has their own unique opening introduction and entrance for players. Ultimately, it’s something that you forget about, once gameplay begins, but it’s nice to have.

Player body types are also better represented. Previously, WR’s and DB’s kinda looked the same, no matter who the player was. Now, each player fits their frame. The stiffness of movement is still present at times, but players do move around much more fluidly than before. However, probably the bulk of what Frostbite can do is seen in EA’s first foray into the singleplayer narrative story, which is the main draw of Madden NFL 18.

Madden Goes For a Longshot 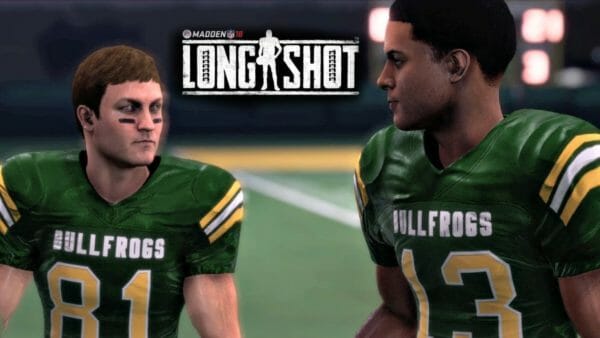 Longshot, tells the story of Devin Wade and his friend Colton Cruise, a former quarterback and wide receiver respectively, from a small town in Texas. Wade was a standout in high school but eventually dropped out of college. Now, three years later, he’s trying to get into the NFL. This story is actually pretty well told and presents the player with several decisions to make that can increase or decrease the chance Wade or even Cruise get drafted.

Longshot starts with Wade & Cruise traveling to a NFL regional combine. Both characters are fairly well developed. And it was easy to root for both of them, throughout the four-hour length of the story. After the combine, the characters are both recruited onto a reality show, called Longshot. This puts NFL hopefuls with an NFL mentor (played wonderfully by Dan Marino,) who works with them to improve their skills and help them reach their goal. Since it is a reality show there are competitions and challenges, not so much actual Madden gameplay. Sadly, this is where my biggest issue with the story mode takes place. 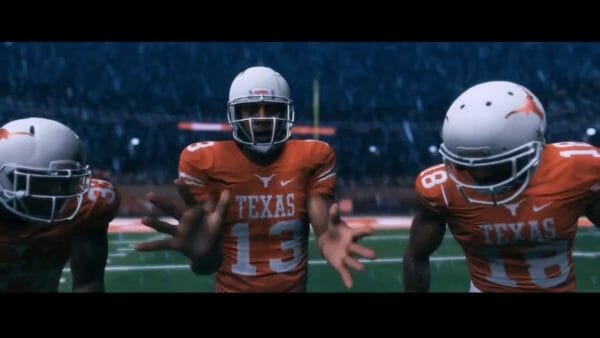 Seeing as Longshot heavily centers around your draft grade, everything you do in the mode matters. Much like a Telltale game, there are dialogue choices, but they make little difference because the events are scripted. What matters most is other decisions. Mainly Wade’s play in scrimmages and drills. The problem is these challenges aren’t explained very well at the outset. You are forced to learn on the fly, after playing and failing at a couple of rounds. Missing throws as a quarterback is looked at highly negatively and can affect draft status. Giving players more time to practice with these challenges, may have helped.

Getting Into the Mode 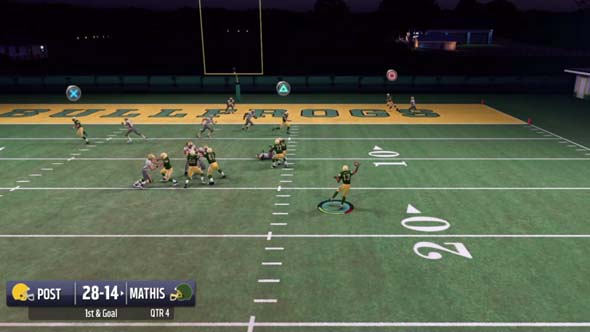 For example, when you first go to the combine you have to make a route throw. Essentially, serving as a tutorial for Madden NFL 18’s new (although optional) Passing mechanic. This involves pressing L2 to move the target to where the receiver is going to be and then hit the corresponding WR button to make the throw. (I’ll explain the specifics of this mechanic later.) The major problem is there are no instructions, or tutorials before being thrust into this the first time. So, I missed the first throw and it dropped my draft grade. But, at least I recovered, and then made the next two throws. The same thing happens with most of the other drills as well.

When the reality show starts, another aspect that affects your draft grade is how well you can call plays. The coach yells out a play, and anything but an exact replica draws ire from the coach. Obviously, it gets easier after the first couple of tries, but this isn’t simple to do, even after playing through a second try. But it is a vital aspect of playing football, as a quarterback, and serves a nice introduction to the intricacies of the game. Other things that can affect draft grade, can be something like deciding to post a picture on social media. As well as, things like playing a prank on a friend, answering interview questions, and more. 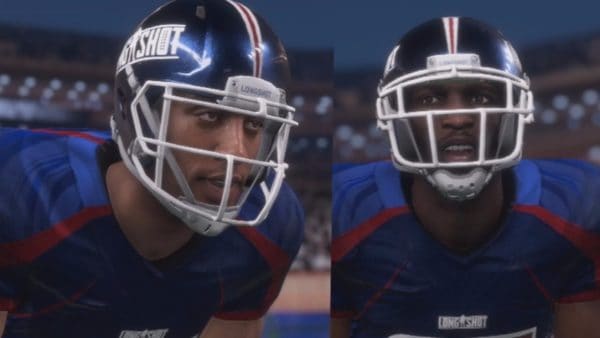 There are also some great cameos from former NFL players (Chad Johnson being another more recognizable face.) Making you wonder why the NFL doesn’t have a show like this right now. Despite some frustrations with the way it is set up, I enjoyed it overall. JR Lemon played Devin Wade well and along with Scott Porter (Colton Cruise) from the Friday Night Lights TV Show really get into the grit, fun, and angst that it can be to prepare for the draft. Waiting to see if one, or both guys get drafted is actually nerve-wracking, the way it would be for those players. Something as Draft viewers, we take for granted.

However, perhaps the two shining stars are The Coach and Wade’s father played by Academy Award Winner Mahershala Ali. Although he only appears in High School flashback moments, he puts in a great performance. Ultimately, this mode may not appeal to every year Madden players, but for the casuals, or people who haven’t played Madden in a bit, they may enjoy this more. It serves as a nice introduction to not just Madden, but football in general. While also providing a compelling and emotional story that’s a nice start for Madden.

I think EA should be commended for not going the “rags to riches” route, or even what they did in FIFA 17 and 18. They went in another direction for Madden 18, and maybe next year they can really hone things together. In the end, this is a very good first try for bringing a singleplayer narrative into Madden. If they can find a way to bring more Madden gameplay into it, in the future it may help it appeal to more gamers. 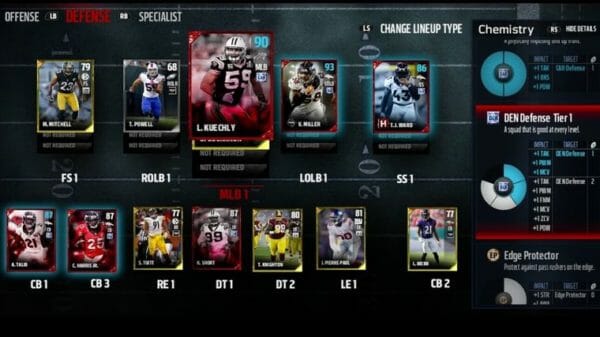 Every year it seems that Ultimate Team keeps growing in popularity for EA’s Sports games. And why not? Getting cards, opening packs, and then getting to play with current players and legends on the field is a pretty cool fantasy. Giving you the grind of an RPG, with satisfying rewards for leveling up players and unlocking more cards in the process. This year’s Madden Ultimate Team not only has ties to Longshot, but it also introduces a new mode as well.

After completing Longshot, you can then go play games and other events in MUT, as challenges. Not to mention, it also unlocks an 84 Overall Dan Marino card too. However, the crux of Ultimate Team this year is the new 3-on-3 Mode, MUT Squads. Players can either select two randoms online, or two friends and each take one coaching position. offensive coordinator, defensive coordinator, and head coach. Then, you select which positional player you want to control and the game begins. It can be a bit tricky with randoms to get the chemistry right. But with friends, having a great QB and WR combo that understands each other, can go a long way to racking up wins. 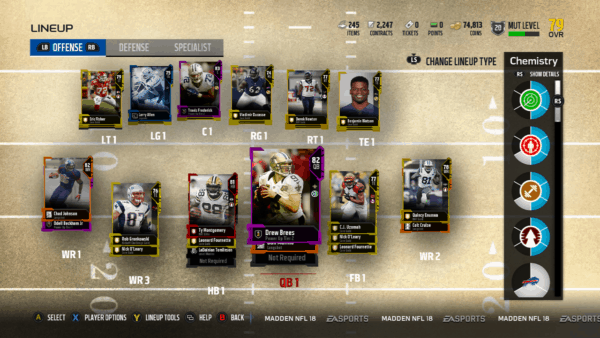 I’m not the biggest user of Madden Ultimate Team, but it’s nice to see more ways to play with others in the mode. MUT still skews a bit on the pay to win side, but you don’t have to spend a dime at all if you’d rather grind away and earn everything. The one thing that bothered me a bit, was the camera angle used. It’s a bit higher than the normal broadcast angle for a regular Madden. This makes it hard to see things at times, which isn’t helpful when trying to make that right pass. It takes some adjustment, but it eventually becomes normal. 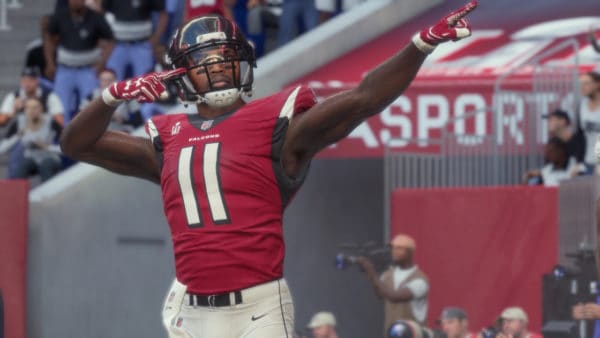 Madden NFL 18 also introduces three distinct styles of play, which can be used in almost any mode in Madden.

Arcade: the arcade style allows for more big plays, turns down penalties, removes injuries and gives players a bit more license to make big hits too. This is essentially the casual mode and works great for wanting to play a quick game with a friend or online.

Simulation: The regular Madden play style that’s used all the time. If you want the authentic game experience, this is it.

Competitive: Basically this is the style used in online play. It turns down injuries and penalties (not eliminating them), in favor of allowing players to show off their true skills. Having this mode available in other settings serves as great offline practice for going online. In previous years, even if you played at the online difficulty level, it still didn’t feel the same. Now, it’s a better representation of what to expect, which is nice for those that don’t want to go online and get thrashed constantly. 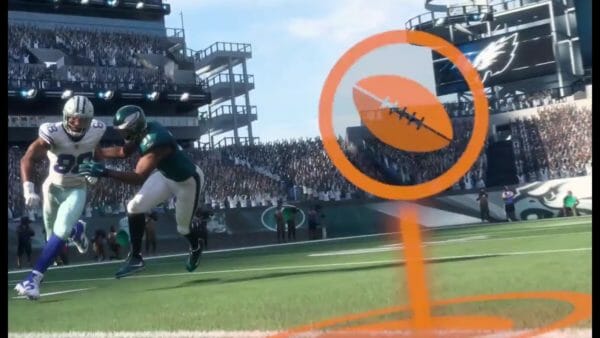 The only other addition that’s sort of touted for this year’s game, is the new passing mechanic, Target Passing. As I mentioned previously, with the hit of a shoulder button, you can use an icon to try to direct the ball where you think the wide receiver might be down the field, or in running their route. This is definitely something that works much better in practice, than in an actual game. Once there is a defense running at you, this becomes difficult to pull off. Mainly because while moving the icon around and deciding which WR to throw to, the QB stands still. So, you literally have mere seconds to make it happen. Most of the time, it wound up in my QB getting sacked.

In the grand scheme, this is an optional inclusion to help those that want to learn it, get better at reading routes and learning anticipation on throws. For most players, the mechanics already in the game that help in leading the Receiver or deciding what kind of touch to put on the ball, are truly enough to do just fine in any mode. I’m sure practice makes perfect, but with so many mobile quarterbacks being in the league, having the mobility option taken away is kinda hampering.

For the most part, there are some under the radar changes to Madden. But aside from this, everything else is what you expect from year’s past.

The move to Frostbite is the right one

Overall Score: 8.5 Out of 10: The question about Madden is if the Longshot mode is enough to convince someone to pick up the game? I feel like if you enjoy Madden this gives you a new reason to purchase it. If you like football you will probably enjoy the Longshot mode as well. A constant complaint about Madden is that they give us the same game year after year, and this year they gave us something new. In my mind, this makes the game worth picking up. Especially, if you are a football fan.