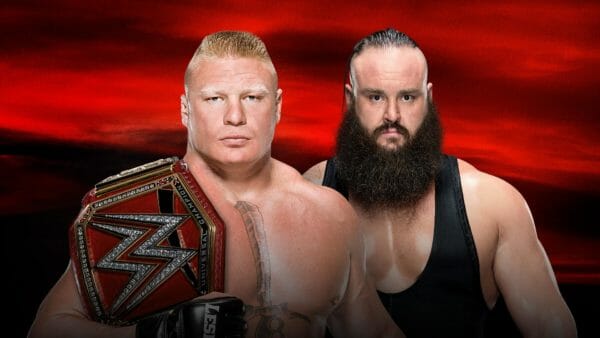 It’s not everyday that you get a huge card like this. A card with a bona-fide double main event of wrestlemania quality, but that’s what we have. Who walks out with their championships and legacies in tact? Find out as WU reacts to WWE No Mercy

The Universal Title in on the line in a HUGE main event, as Brock Lesnar put his belt up against the monster among men, Braun Strowman. It’s rare that Brock has to overcome odds and be the underdog, but here we are. Can Braun become the champion among men?

But… that’s not the only big fight tonight. As Big Match John faces the Big Dog, with John Cena goes against Roman Reigns. Instead of New Orleans, it happens in LA. Cena jumped to Raw for this match. Will Roman make him regret it and show whose yard it is?

Then, stick around for the big finish,with the best and worst match of the night. It’s a Wrestlemania type of night in the City of Angels, as Wrestling Unwrapped reacts to WWE No Mercy 2017.