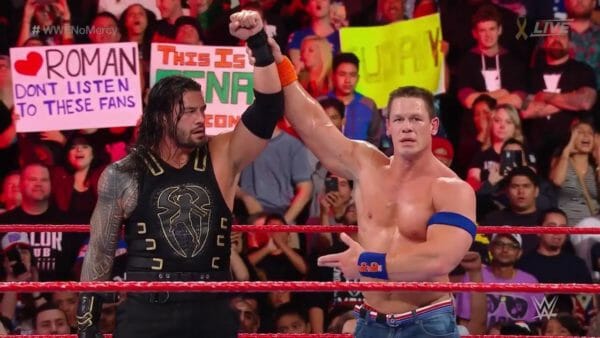 On this Wrestling 2 the MAX EXTRA, Sean Garmer, Gary Vaughan and Paul Leazar give their analysis and review all things WWE No Mercy 2017.

What did they think of the matches, results, decisions and what happens in the aftermath? Should Brock Lesnar have kept the WWE Universal Title? Or was it time to make a new star with Braun Strowman? How good was the undercard? And did John Cena and Roman Reigns deliver? The guys answer these questions. Plus, they have their best match and final rating for the show too.