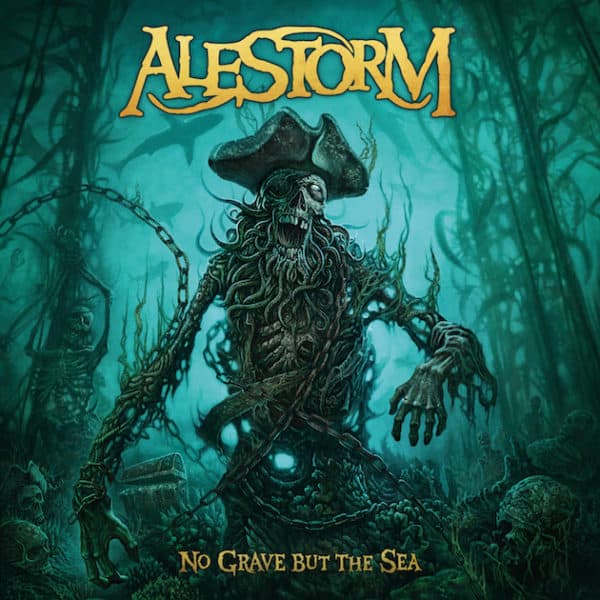 Alestorm is a multi-national heavy metal band originally from Perth, Scotland. Their music is characterized by a pirate theme, and as a result they have been dubbed a “pirate metal” band by many critics and their fan base. After signing to Napalm Records in 2007, their debut album Captain Morgan’s Revenge, was released on January 25, 2008. Black Sails at Midnight, the band’s second album, was released on May 27, 2009. The band’s third album, Back Through Time, was released on June 3, 2011. The fourth album from the band, Sunset on the Golden Age, was released in August 2014.

Metal Hammer of Doom:  Alestorm No Grave But the Sea Review