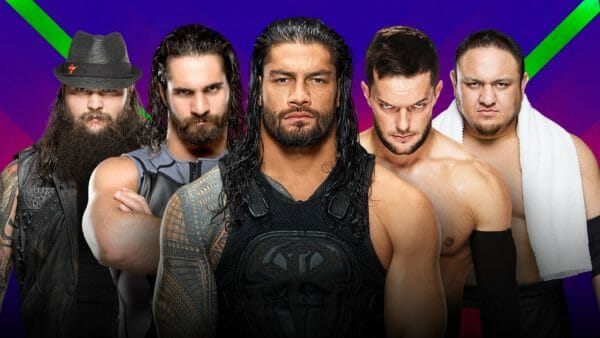 On this Wrestling 2 the MAX episode, Sean Garmer (@W2MSean), Gary Vaughan (@W2MGary), and Paul Leazar (@hailtothechimp7) go through all the happenings in the world of wrestling.

First up, we got some hot takes for this weekend’s WWE Extreme Rules PPV. The guys preview the entire card, and give out some predictions.

Then, the guys tackle some Quick Hits. Some more news related to the competitors for the Mae Young Classic has come out, WWE continues to ponder on what to do with Hulk Hogan, and a big name from RoH might find himself in NXT before we know it!

Next, the guys will review the return of Lucha Underground! Johnny Mundo and The Mack go at in an All Night Long Match for the Lucha Underground Championship. What insanity did those two have in store for us?

Finally, Sean and Paul will go over the final days of New Japan’s Best of the Super Juniors Tournament. The winners of the two blocks  emerge, and they’ll have the big match on Saturday! Who are the big winners of the tournament so far?