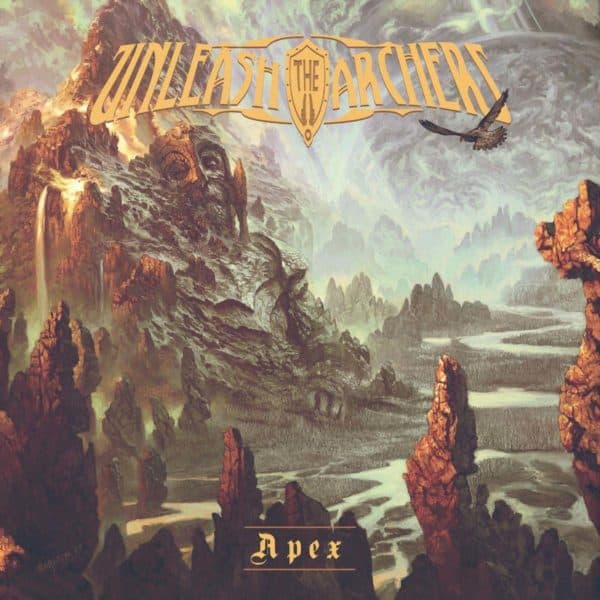 Description from: Napalm Records 10 years of UNLEASH THE ARCHERS! These heavy metal heroes are celebrating this honour with an exhilarating feast on Apex, their fourth masterpiece. This one will take nerves of steel; from its opener “Awakening” to the closing title track, the listener will partake in a furious adventure, weaving through elements of the strongest metal genres of our time.

You’ll be guided by the shimmering heat of sweeping lead guitars, face-melting solos, deafening growls, pummelling bass lines and of course the thrilling hooks of Brittney Slayes’ king-size voice. Heartrending choirs defending heavy metal evermore beckon you into battle! Channeling the fiery brilliance of shooting stars, there is immense beauty on “Apex”, and it clutches you with a fervor that lingers well beyond the last cymbal decay. Through swift melodies and a flair for the dramatic, UNLEASH THE ARCHERS newest release compels you to chant with fists raised high in the air “All hail heavy metal!”