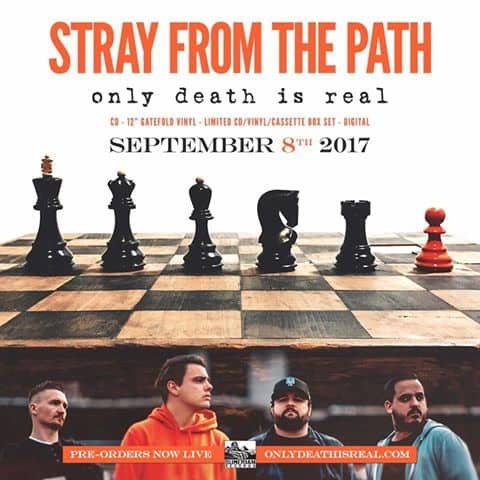 On the latest Metal Hammer of Doom, The boys (Mark, Jesse and Coop) review the latest release from Stray From the Path, Only Death is Real!

Stray from the Path is an American metalcore band formed in 2001 in Long Island, New York. They have released seven full-length albums total. First three records independently released entitled People Over Profit in 2002, Audio Prozac in 2003, Our Oceania in 2004. Stray From The Path signed with Sumerian Records and have released six records with them; Villains in 2008, Make Your Own History in 2009, Rising Sun in 2011, Anonymous in 2013, Subliminal Criminals in 2015, and Only Death Is Real in 2017. They are currently signed to Sumerian Records.

On the day of the 2016 United States presidential election, they released a single entitled “The House Always Wins”. On 12 July 2017, they announced details of their new album Only Death Is Real along with single “Goodnight Alt-Right”, which attracted criticism from right wing groups upon release due to its lyrics.

Metal Hammer of Doom: Stray From the Path: Only Death is Real Revie