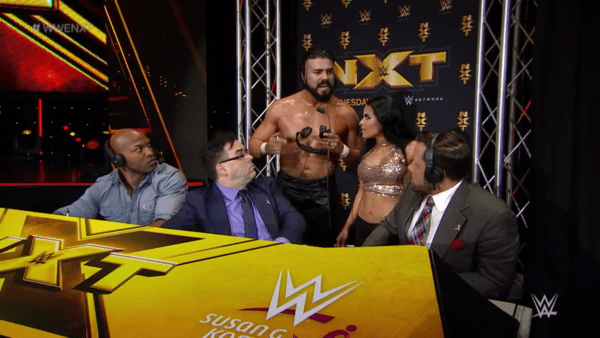 Where Gary Vaughan (@W2Mgary) and Paul Leazar (@hailtothechimp7) discuss all the events that transpired on this week’s WWE NXT. The big battle royal to determine the last spot for the NXT Women’s Title match at NXT TakeOver: WarGames goes down! Plus, Andrade “Cien” Almas continues his campagin for a championship match by facing off against Roderick Strong. We talk about it all in this WWE NXT Review.