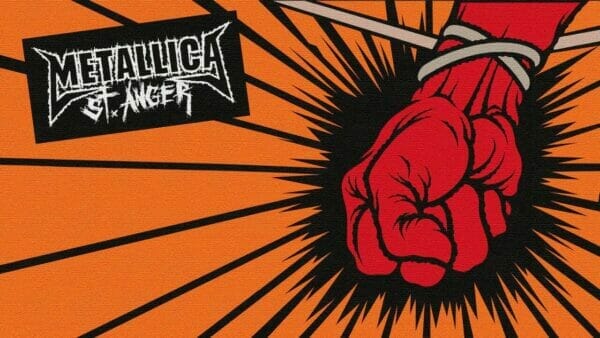 St. Anger is the eighth studio album by American heavy metal band Metallica, released on June 5, 2003. It was the last Metallica album released through Elektra Records and the final collaboration between Metallica and longtime producer Bob Rock, with whom the band had worked since 1990. This is the band’s only album not to feature an official bass player, as Jason Newsted left Metallica prior to the recording sessions; Rock played the album’s bass parts in his place.