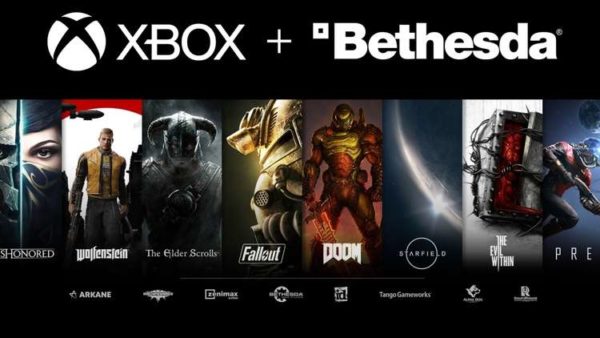 On this episode of Video Games 2 the MAX hosts Sean Garmer and Marc Morrison discuss Sean’s adventure with Xbox Series X pre-orders (he did get one), and how this could be a much better process for everyone. the cost of next-gen SSD Drives and why it is really an overblown non-issue.

Also, Surprise! Microsoft bought Bethesda, which raises their amount of internal studios to 23 and leaves gamers everywhere stunned. The guys discuss what this means for Xbox as a brand if Xbox Gamepass is now a must-have, some of the possibilities for future games, and of course, they weigh in on the actual exclusivity of the games. Is there a chance that games show up on the PlayStation 5 as well?

Plus, Amazon also announces a new game streaming platform called Amazon Luna. Could this finally be the one that hits it big without having to be tied to a console like X-Cloud? Or will it just be another Google Stadia instead?

Also, the duo talks about the Mass Effect remaster, Final Fantasy XVI coming sooner than you think, a Yakuza movie, and they wonder about the latest rumors on a new Nintendo direct.

Marc also has more to say about Hades and Super Mario 3D All-Stars, while Sean goes on a rant about WWE 2K Battlegrounds pointing out both the good and bad about the game.

Intro: Sean tells his story about pre-ordering an Xbox Series X and trying to pre-order a PlayStation 5 online through Gamestop (0:00)