After a long wait, Mount and Blade 2: Bannerlord finally released in Early Access. The game is a prequel to the standalone expansion, Mount and Blade: Warband and set 210 years before the first Mount and Blade. Even in its current state, the improvements on the original are vast and plentiful. 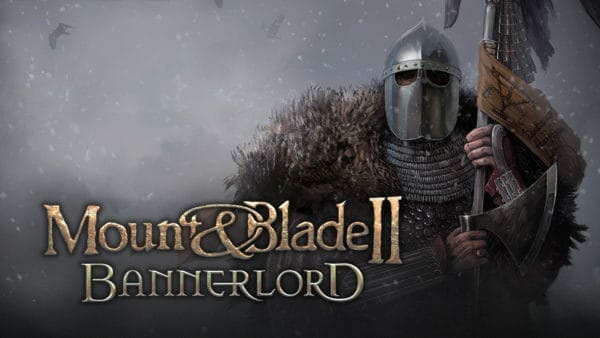 Let’s start with the singleplayer campaign, which begins with creating a character. After choosing the look of your character, you also set up the character’s backstory. The backstory is vital because it determines your starting stats. After completing all the preliminaries, you are thrown onto the main map and have the freedom to do whatever you please. There are a couple of quests to start with, but there is no real urgency in completing them. How you play is completely up to you. You can become a raider and strike villages and towns. There’s also the option of swearing fealty to a ruler of your choosing, or you can even try to become a ruler in your own right.

Almost everything in Mount and Blade 2: Bannerlord is improved from the original. Character creation is much more in-depth and the map is much larger. Combat is much smoother and sharper with added variety in both available weapons and combat styles. There’s also an optional tutorial available to get you familiar with the fights as well. I really enjoyed the control I had over my character in Bannerlord compared to the original Mount and Blade.

One aspect of the game that has drastically improved is the sieges. Previously, you would choose to siege a castle or city and then you are prompted when the attack commences. The game provided you with one single chokepoint and there were many ways to abuse this. In Bannerlord, the sieges are much more fluid and you have more choices in accomplishing them. You can choose to build a ram to attack a gate, siege a town for your troops to gain the wall, or have your troops use ladders to climb up too. However, be careful because the ladders can also be pulled down as well. Defenders can also create ballistae and catapults to try to destroy the siege engines before they can reach the walls.

Bannerlord Battles now allow you to command your troops in a better way. In the first game, troops never stayed in their original units. Generally, battles were a big mess. However, this is now different in Bannerlord, unless you tell your troops to charge they stay together and move as a unit. You can also choose different formations for the units too. You’ll also see troops form a circle or square around other units for protection.

Each unit has a designated role. So you need your armies to be varied to succeed. For example, an army of only cavalry will eventually get worn down or held up by infantry. So, you should use Calvary for making quick strikes at infantry or use ranged units to deal with infantry from afar instead of just charging into battle.

Multiplayer is also improved. Currently, there are only three types of battles and two side modes. Overall, it works even if some people are disappointed with it, in its current state. Hopefully, with all the feedback generated from early access, the developers can make the multiplayer more to a majority’s liking.

People should remember this is an Early Access version of the game. It is hard to know if anything mentioned will be in the final release version of the game or not. If you are a fan of the expansion or the original, I do recommend picking up this game. Yes, there are some portions that are unfinished and there are some bugs and random crashes, but that is to be expected in any Early Access release. Overall, I found the game fun and entertaining, and that is all I really want in my games.