Since the time that EA made an exclusive deal with the National Football League for video game rights, there have been only two successful football video game franchises. Successful meaning having more than one game actually release without going away. Those two series are Madden NFL and Bloodbowl. Madden NFL is the hardcore simulation game bearing the NFL players and teams.

While Bloodbowl is a turn-based game set in the Warhammer fantasy world where you perform actions for each player on the team. With teams made up of one of the Warhammer races (humans, dwarves, elves, etc.) Mutant Football League (MFL) follows in Madden’s footsteps in style of play. However, it also makes up its own fantasy world where all football players are different monsters.

While yet also reminding some of the old Electronic Arts Mutant League Football game originally released in 1993 on the SEGA Genesis. Digital Dreams Entertainment LLC had a lot to live up to with this game, and for the most part, nailed it on what matters most. 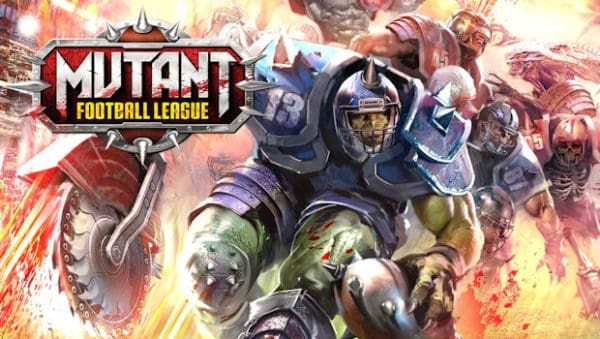 How Close is Too Close? 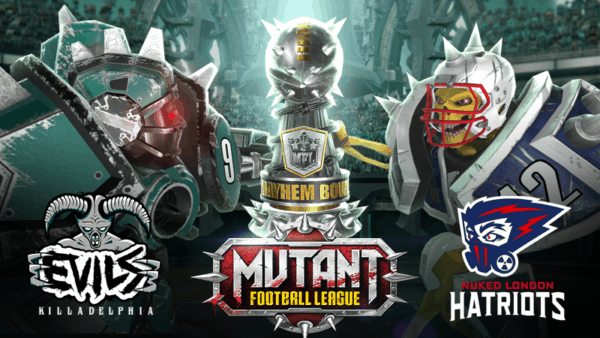 The first thing that you are greeted with when starting the game is the main menu. Where you can choose to play an exhibition game, play in the Mayhem Bowl (Super Bowl), Playoffs, Online Play, or a Season. After selecting a game mode you are allowed to choose a team. The teams are bad puns on NFL teams, (except for the unlockable teams which seem to be generic all-star teams.) This comes off as a little disappointing.

Bringing me to my first drawback of the game. At times, MFL feels like it is merely trying just to be a Madden clone. From the bad pun team and player names, the similar play selection and control scheme, MFL borrows a lot of ideas from Madden. Not that there is anything wrong with that, but it does not do much to set itself apart from Madden. Especially considering you’d think a game with skeleton dudes running around would certainly do more on that front.

Getting Into the Game 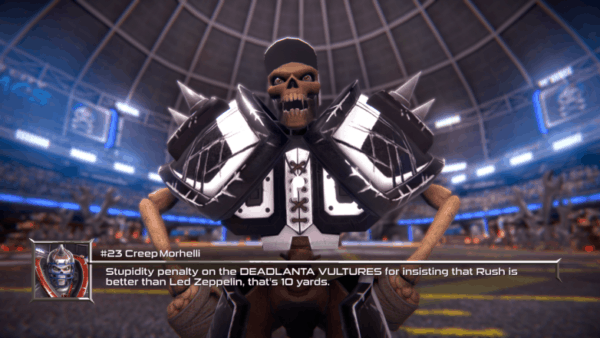 MFL proceeds like you would generally expect, albeit with a few differences. Each team has special cheats which they can use to give their team an advantage. One common cheat is bribing the referee. This lets a team get calls going their way. Forcing the ref to call penalties on the other team more frequently. This can be handy, but the other team can also decide to bribe the ref, or you can kill the ref as well. Thus, bringing in a new referee, who starts calling things down the middle again.

Players can be hurt after the play, which may lead to some injuries or even deaths among the players. Sadly, when death happens, it doesn’t feel like a big event. The game treats it like it is a big event, but the injury or loss doesn’t impact things much. 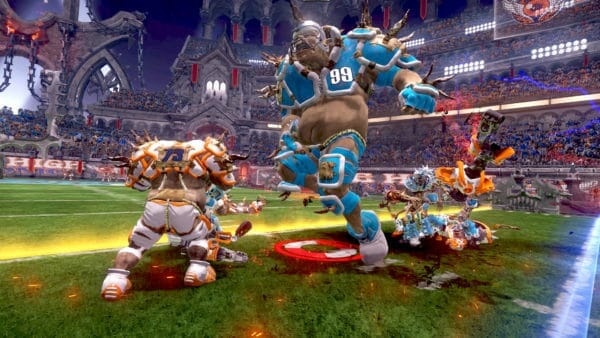 Halftime is a minigame, which allows a team one chance at getting back some players who died. However, the game hardly gives you any instructions on how to actually do this, a problem the game kinda has in general.

From cheats to the revival halftime, and even for the various monsters on the field. You are only given quick popup windows of information. But they wind-up being very easy to miss because they tend to appear right after a play is over. when you are just thinking about choosing your next play. I can’t count how many times I easily closed out the window. Missing out on what the game is trying to explain. 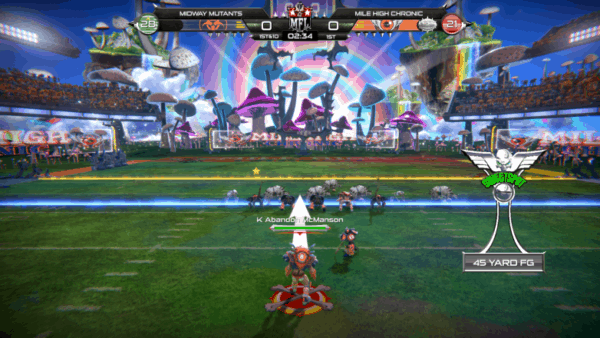 One special aspect of the game is the fields themselves. Each field has dangers that have to be taken into account when playing on them. For example, a pit or monster could appear on the field. If a player gets too close, they can get hurt. While running out of bounds might end up killing your player when he falls down a pit located on the sidelines. The fields add a fun and surprising element to the game, which makes it feel unique. 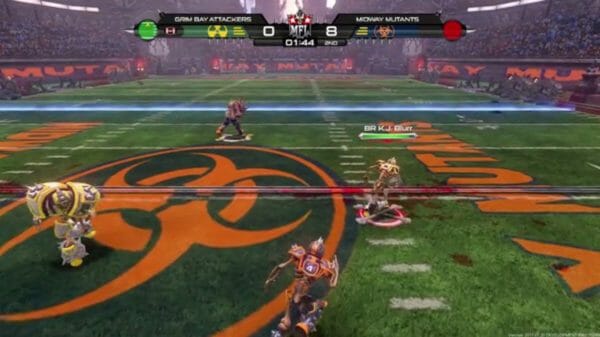 Online multiplayer in MFL is pretty basic. There are no leagues or anything extravagant. The only option is to play a random game or to play against friends. MFL certainly could have used a bigger hook for drawing-in an online community. Something like an online league would be great here. However, considering this is an indie title, having online play at all is a nice start. 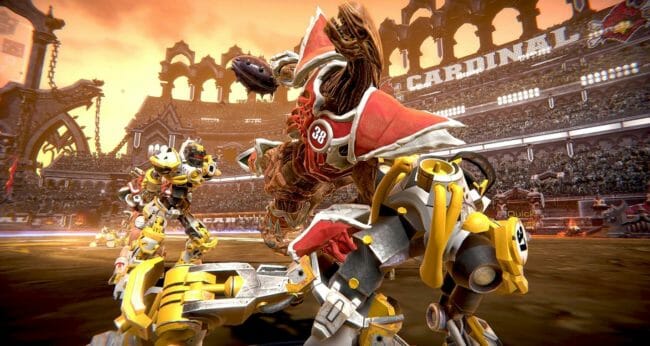 For one, the controls have some problems. Everything works, but on the defensive side especially, I found it was way too easy to run past the ball carrier. Causing me to overshoot or miss while going in for the tackle.

The game does cause you to make some stupid mistakes, which allows the other team to make plays. More practice obviously helps correct this, but it does have a bit of a learning curve. Something that doesn’t really match its premise. I could see this turning some people off though. While others may praise that they didn’t dumb it down or make it totally arcade like. Once you get a handle on what MFL brings, it’s very enjoyable. And it doesn’t have any serious issues that would keep someone from enjoying the game either.

+ The game fields offer a refreshing challenge and contain great obstacles
+ The commentary is entertaining
+ Once you get past the learning curve, the game becomes fun, and you can play with friends too.

– About a medium sized learning curve, which is only eliminated with practice
– Bad player and team puns keep making people remember they aren’t playing Madden
– Online multiplayer is very basic.

Overall Score: 7.0 Out of 10: Mutant Football League is a flawed but fun game. Providing some pigskin entertainment for a much cheaper price. For what’s here, this feels like the start of what could turn into a much bigger and expansive sequel down the line. But the developers did the smart thing of starting small and waiting for the reception. MFL is largely coming out of the ashes of a game that released 25 years ago. That’s a whole generation of gamers. Perhaps this new generation lights a fire and puts at least one lasting alternative out there to Madden, for football fans and gamers alike.

This game was reviewed using a digital code provided by the developer, Digital Dreams Entertainment LLC.