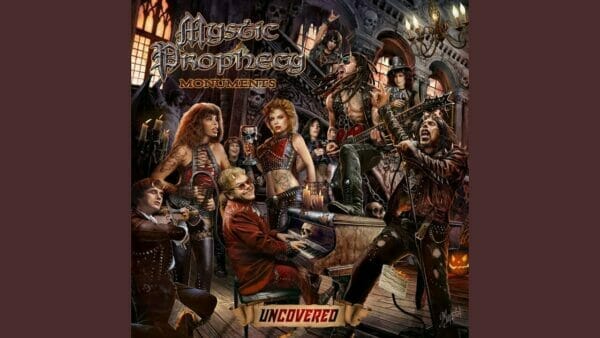 Mark Radulich, Jesse Starcher, Robert Cooper and Jesse Starcher present our Mystic Prophecy Monuments Uncovered Review! Monuments Uncovered is the tenth studio album of the German power metal band Mystic Prophecy. It was released by Massacre Records on the 12th of January 2018 and contains 11 metal cover tracks of famous rock hits primarily from the 70s & 80s with the exception of “Are You Gonna Go My Way” and “Space Lord” releasing from the 90s.