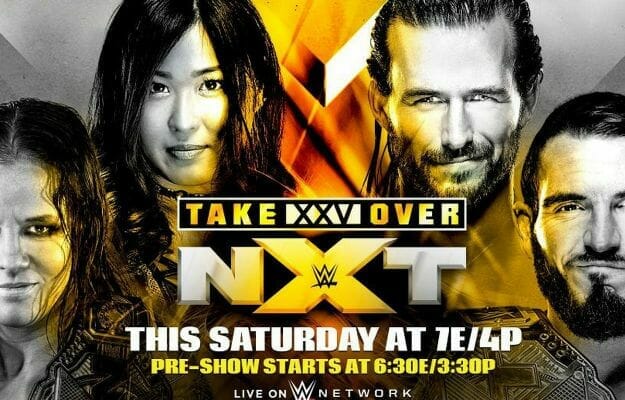 Jesse Starcher, Chris BailyX3, Chris Sheehan and Mark Radulich review NXT Takeover XXV 2019! NXT TakeOver: XXV was a professional wrestling show and WWE Network event produced by WWE for their NXT brand division. It took place on June 1, 2019, at the Webster Bank Arena in Bridgeport, Connecticut. The event was aptly named as it was the 25th NXT TakeOver event.