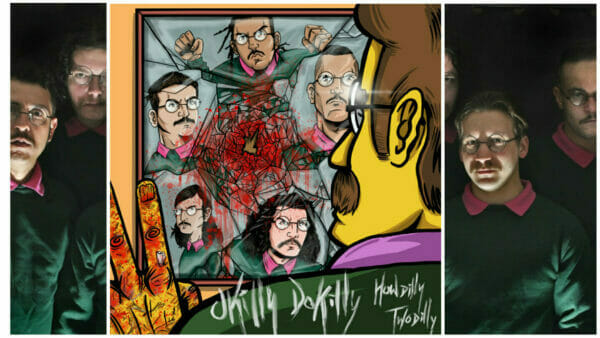 Mark Radulich, Robert Winfree, Robert Cooper and Jesse Starcher present our Okilly Dokilly Howdilly Twodilly 2019 Album Review! Okilly Dokilly was an American heavy metal band from Phoenix, Arizona, United States, that played “Nedal” music; a subgenre of metal music themed around the animated character Ned Flanders from the television series The Simpsons. All four of the band’s members performed dressed as Flanders, and the majority of the lyrics to their songs are quotes of his.

The band members go by the pseudonyms: Head Ned, Shred Ned, Zed Ned, Dread Ned and Bed Ned. The unusual concept behind the group has resulted in worldwide attention. The lead singer, Head Ned, said that Nedal music is “Not as fast as Bartcore, and a little cleaner than Krusty Punk”, references to hardcore punk and crust punk, respectively.