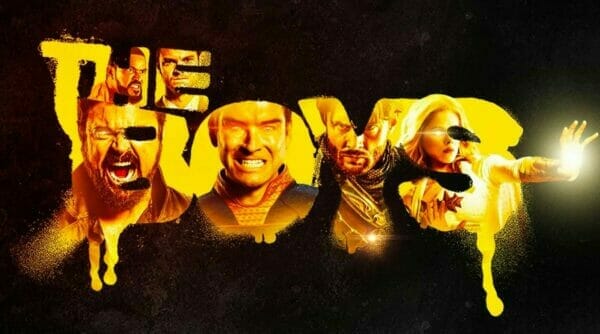 Jesse Starcher, Robert Winfree and Mark Radulich present their The Boys 2022 Season 3 Review! The third season of the American superhero television series The Boys, the first series in the franchise based on the comic book series of the same name written by Garth Ennis and Darick Robertson, was developed for television by American writer and television producer Eric Kripke. The season is produced by Sony Pictures Television in association with Point Grey Pictures, Original Film, Kripke Enterprises, Kickstart Entertainment and KFL Nightsky Productions.

The show’s third season stars Karl Urban, Jack Quaid, Antony Starr, Erin Moriarty, Dominique McElligott, Jessie T. Usher, Laz Alonso, Chace Crawford, Tomer Capone, Karen Fukuhara, Nathan Mitchell, Colby Minifie, Claudia Doumit and Jensen Ackles. Taking place a year after the events of the previous season, the story follows the titular Boys now working for Victoria Neuman’s Bureau of Superhero Affairs to apprehend problematic Supes, having been at peace with the Seven. However, the conflict is resumed once Butcher begins to investigate the truth about the apparent death of Soldier Boy, one of Vought’s first American superheroes, with the hope of killing Homelander for good. Meanwhile, Homelander’s mental stability begins to deteriorate as Vought attempts to restrict his power, while other Seven members such as Starlight and Queen Maeve assist the Boys in their plots against him.

Check out more of our The Boys reviews.