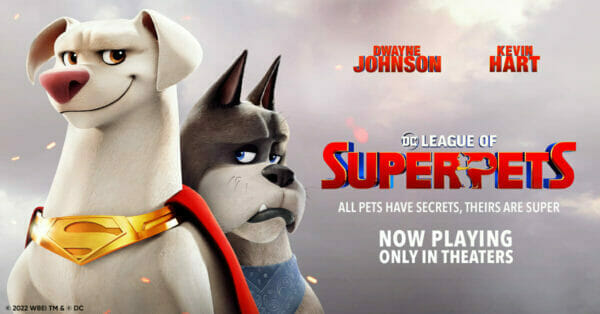 DC League of Super-Pets is a 2022 American 3D computer-animated superhero comedy film produced by Warner Animation Group, based on the DC Comics superhero team Legion of Super-Pets. It is directed by Jared Stern in his theatrical directorial debut, who co-wrote the story with John Whittington. The film follows the pet dog of Superman (voice provided by Dwayne Johnson), who teams up with a shelter dog (voice provided by Kevin Hart) and other animals to rescue several captured superheroes from Lex Luthor. Kate McKinnon, John Krasinski, Vanessa Bayer, Natasha Lyonne, Diego Luna, Marc Maron, and Keanu Reeves also star with Thomas Middleditch and Ben Schwartz also starring. The film was dedicated to the memory of actor Kirk Baily, who died in February 2022.

DC League of Super-Pets premiered in Los Angeles on July 27, 2022, and was theatrically released in the United States on July 29, 2022, by Warner Bros. Pictures. The film has grossed over $43 million and received generally positive reviews from critics.

Check out our other DC reviews.