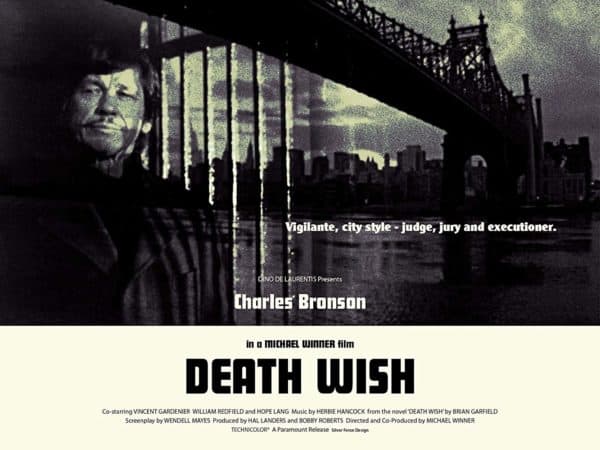 Mark Radulich and Sean Comer put yet another film On Trial! This time it’s the original Death Wish (1974) film.

Death Wish is a 1974 American vigilante action film, loosely based on the 1972 novel of the same title by Brian Garfield. The film was directed by Michael Winner and stars Charles Bronson as Paul Kersey, an architect who becomes a vigilante after his wife is murdered and his daughter sexually assaulted during a home invasion. It was the first of the Death Wish film franchise.

At the time of release, the film was attacked by many film critics due to its support of vigilantism and advocating unlimited punishment of criminals. The novel denounced vigilantism, whereas the film embraced the notion. The film was a commercial success and resonated with the public in the United States, which was facing increasing crime rates during the 1970s.