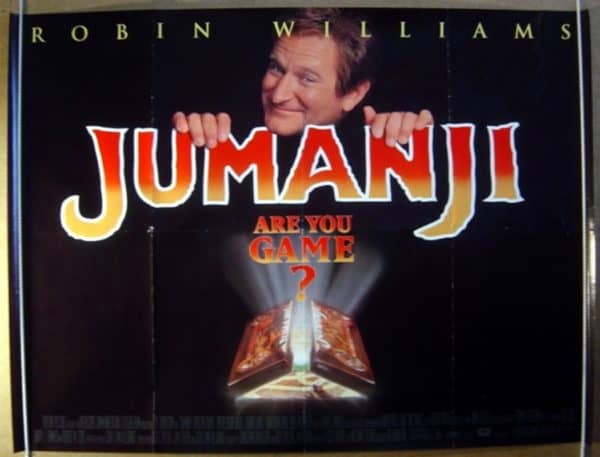 Sean Comer and Mark Radulich end a year of On Trial‘s with their look back at the original Jumanji from 1995.

Jumanji is a 1995 American fantasy adventure film directed by Joe Johnston. It is an adaptation of the 1981 children’s book of the same name by Chris Van Allsburg. The film was written by Van Allsburg, Greg Taylor, Jonathan Hensleigh, and Jim Strain.

26 years later, siblings Judy and Peter Shepherd find the game, begin playing and then unwittingly release the now-adult Alan. After tracking down Sarah, the quartet resolve to finish the game in order to reverse all of the destruction it has caused.