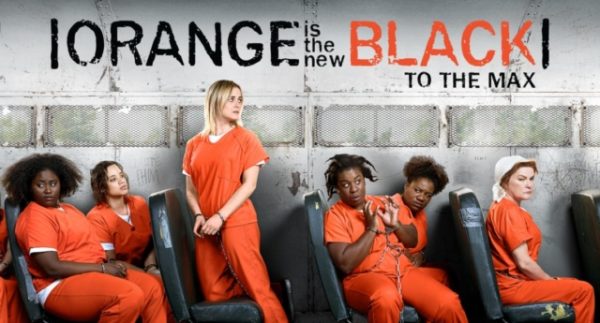 This week on TV Party Tonight, Mark and the crew review the sixth season of the Netflix original series Orange Is the New Black.

The sixth season of the American comedy-drama television series Orange Is the New Black premiered on Netflix on July 27, 2018. It consists of thirteen episodes. The series is based on Piper Kerman’s memoir, Orange Is the New Black: My Year in a Women’s Prison (2010), about her experiences at FCI Danbury, a minimum-security federal prison. The series is created and adapted for television by Jenji Kohan.

This season takes place in a maximum security prison after the inmates incite a riot at Litchfield Penitentiary during the previous season, and the season deals with the fallout from the riot. The main story arc of the season involves a gang-like war between two cell blocks which is sparked by the feud between two sisters. Meanwhile, the guards play a fantasy sport game called “fantasy inmate.”