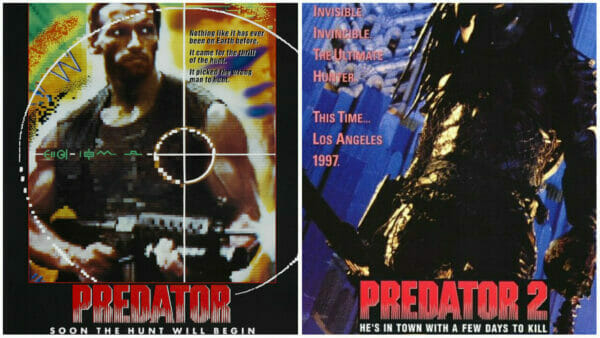 Predator is an American science fiction action anthology media franchise centered on the film series depicting humankind’s encounters with an intelligent race of extraterrestrial trophy-seeking, DNA engineering military personnel known as the “Predator”. Produced and distributed by 20th Century Fox, the series began with Predator (1987), directed by John McTiernan, and was followed by three sequels, Predator 2 (1990), Predators (2010), and The Predator (2018), directed by Stephen Hopkins, Nimród Antal, and Shane Black, respectively, and an upcoming prequel Prey (2022), directed by Dan Trachtenberg.

Check out our other Predator reviews!